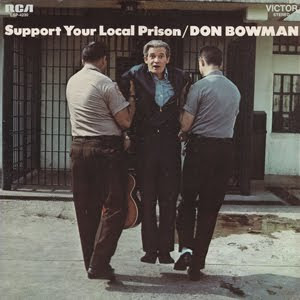 "Support Your Local Prison" is Don Bowman at his very best. Again. This time the theme is prison and Don's sure taking the p**s out of all that heavy s**t. Like "The Top Ten" in which an elderly couple is musing kindheartedly, while looking at a picture of their only son, who just made it to number one in the top ten. The top ten of the most wanted criminals list, that is. This also features a truly hilarious version of "Folsom Prison Blues" and his hit song, "Poor Old Ugly Gladys Jones", featuring Waylon Jennings, Willie Nelson and Bobby Bare. And then there's a 18 minute long parody on the Arlo Guthrie song "Alice's Restaurant". You might as well get high on that. As a bonus I've included a single with the tracks "Another Puff" and, Don looking back on how he got so big to begin with, "I Owe It All To You Chit Akins". Just list-in!..
Posted by Skydogg at 3/31/2010 09:54:00 PM 5 comments: 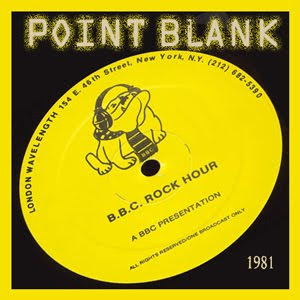 Another Point Blank live show for ya, and a hot one at that. I know hardcore Point Blank fans may disregard the period after original lead singer John O'Daniel quit, but I love it to bits. I only got to know Point Blank well after they disbanded, and I was quite taken by the "On A Roll" album. I thought new singer Bubba Keith (formerly of The James Gang) was really a wonderful singer. Sure, the music started leaning a whole lot more towards AOR, but, unlike many other Southern Rock bands that made their move towards AOR (38 Special and even Molly Hatchet), Point Blank still had some very good compositions. And, as you can hear here, live they were still one hell of a band. I don't think Bubba's screwing up the old songs (au contraire, mon frère) and he performs beautifully on the new ones. And the band is rocking, oh yeah, they're rocking alright. I prefer the version of "Highway Star" here over the one recorded for the "The Hard Way" album. And this is a great sounding live show too. This is also circulating under other titles, like "Miami Excess", and it's the band promoting the "American Excess" album, which featured their biggest hit, "Nicole". Get in the swing and rock on. Do it all night!
Posted by Skydogg at 3/27/2010 06:55:00 PM 9 comments:

John Porter McMeans of Thunder: Where is he now?

☼
I was wondering if anybody out there knows what John Porter McMeans has been up to since Thunder and his solo album. I know he's played with Dan Seals. And he's been playing with, one of many bands called, Shiloh: "John Porter McMeans sang with the group Shiloh on a track called “Judgement Day” back in the late 90’s. It was featured on an American Civil War album of some kind.".
Does anyone know of other recordings? Or better, have any to share? Thanks.
Posted by Skydogg at 3/20/2010 05:16:00 PM 1 comment: 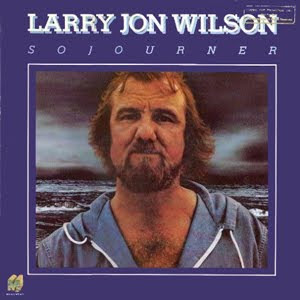 "Sojourner": is the last of the four albums Larry Jon Wilson made for the Monument label in the 70's. And yet again, it is one of the prime examples of classic Outlaw Country. The very best of its kind. Frank sent me this rip (thank you!) and I was pleased to hear that it's every bit as good as the previous three. Great song selection, that wonderful voice of Larry Jon and beautiful arrangements. Yes, sometimes a little mushy but always delicious. It is truly beyond me why these albums are not available on CD. These are timeless classic which should be obtainable at any time. Well, that's how I feel. Hey people, if you dig Outlaw Country and haven't heard of Larry Jon Wilson, do yourselves a favor and get into this. It's just a matter of time.
Posted by Skydogg at 3/20/2010 01:08:00 PM 9 comments: 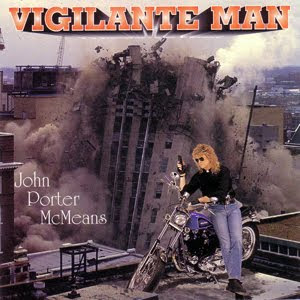 I had been searching for a long time for this, and here it is: "Vigilante Man", first and only solo outing by former Thunder (80's) front man John Porter McMeans. Thunder made two great albums, the first a bit rootsier than their second (and final), "Headphones For Cows", which was firmly rooted in 80's AOR. And so is this little solo album,, or rather EP. It has 6 track, 4 of which he previously recorded with Thunder. The two new tracks are a welcome addition to the Thunder albums. Fans of AOR and those who don't mind all those Southern Rock bands who started playing a Southern flavored AOR will thoroughly enjoy this. And I do too. Thanks to Steve for this. Last train to paradise.
Posted by Skydogg at 3/14/2010 02:34:00 PM 4 comments: 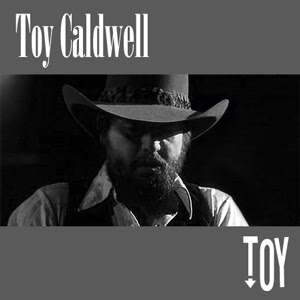 When Toy Caldwell left The Marshall Tucker Band, it would take up until 1992 before the world would hear a new studio product by one of the finest pickers Southern Rock had brought forth. But he did not sit still. He did work and record in the studio, it just never got released and, according to his widow, it's not about to. Now what we have here must be leaked recordings. Not the best of quality, some muffled sounds (probably from copying tape to tape to tape?), but still a splendid work of art. And the only chance for us fans to hear what Toy Caldwell had been doing all those in between years. This recording is very much a Country thing, but with that unmistakable trademark guitar sound that we so love from those early Tucker albums. Here's a real fine band, doing a real fine record. I don't know who's on it besides Toy, but from what I've been told, this features Norton Buffalo on harmonica, Bruce Marshall did some of the vocals, Ronnie Godfrey had some part in this and Paul Hornsby worked on the production? Here's still hoping this will one day get the release it deserves, sounding as good as it can. But this is still the kind of stuff you can only find at the end of a rainbow. Pure solid Southern gold.
Posted by Skydogg at 3/12/2010 08:59:00 PM 11 comments: 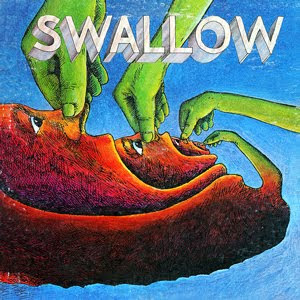 This, the second album by Swallow, was recorded at Studio One in Atlanta, Georgia. Home to the Atlanta Rhythm Section and produced by Buddy Buie. But the Atlanta Rhythm Section-connection doesn't end there. This album also features musical contributions by ARS guitar men Barry Bailey and J.R. Cobb. So, although they hail from Boston, no right-minded Southern Rock fan should pass this one up. Yes, it's a hot little record which spans the horizon from boogie to big-horn-funk. Sounds like Blood Sweat & Tears down South. Ace performances of great songs, which leaves you with a good feeling wanting more. And then you can, of course, always continue this party with their first, "Out Of The Nest". But this is where Southern Rock fans start the journey. A short one, cause after this album it all ended. Let it roll..
Posted by Skydogg at 3/10/2010 10:02:00 PM 1 comment:

Email ThisBlogThis!Share to TwitterShare to FacebookShare to Pinterest
Labels: Swallow 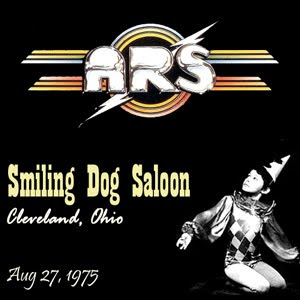 Continuing honoring requests for the Atlanta Rhythm Section, I present this scorching live show from 1975. Not "Are You Ready", their official live album, but easily just as good. Whereas the studio albums of ARS are always a bit of a Pop affair, live they sure do rock. Sound quality of this concert registration is excellent. And it features a terrific extended version of "Another Man's Woman". Help yourself.
Posted by Skydogg at 3/06/2010 02:49:00 PM 3 comments: 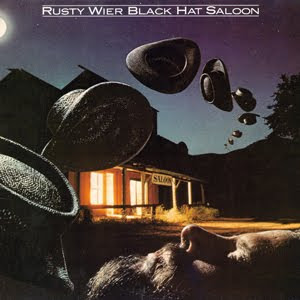 "Black Hat Saloon" was the album that got me acquainted to Rusty Wier's music. I was always on the lookout for new Southern Rock, but I also very much enjoy the Outlaw Country scene. Well, Rusty's music's right in the middle of all that sweet goodness. I still think this album ranks among his best, though I really love them all. Rusty rocks some and knows his way with Country too, though there's nothing sappy about this music. Great lyrics and a good sense of humor combined with great musicianship and a terrific, characteristic voice. He may be quite unknown, but there's no justice in that. So, do yourself a favor, grab this and enjoy. I think it's time.
Posted by Skydogg at 3/04/2010 07:42:00 PM 11 comments:

Email ThisBlogThis!Share to TwitterShare to FacebookShare to Pinterest
Labels: Rusty Wier
Newer Posts Older Posts Home
Subscribe to: Posts (Atom)
The music posted on Skydog's Elysium is either out of print or very hard to obtain. You are encouraged to buy anything you like, if available at all. If you are the owner of music posted here and want it removed, send a message and I will comply.