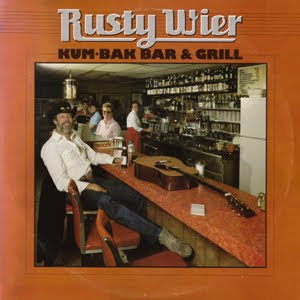 This Rusty Wier album is his most Country album. Er.. Hey, but it's excellent. I've said it a couple times before and I'll say it again: do yourself a favor, go get yourself some Rusty! He has a magnificent voice, sings great songs, he has that Outlaw thingy I love so much and... I added 3 live tracks as a bonus. Come on y'all, do some Daytime Drinkin'!
Posted by Skydogg at 11/30/2011 07:42:00 AM 4 comments: 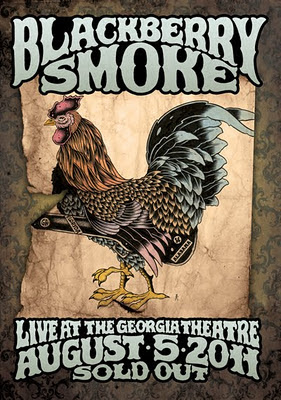 Excellent Southern rockers Blackberry Smoke have issued two albums ("Bad Luck Ain't No Crime" from 2003 and "Little Piece Of Dixie" from 2009) and they will be releasing their "Live From The Georgia Theatre" DVD on December 6. You can already pre-order, you can also get it for free. That is, the people of Blackberry Smoke have made two DVD's available to the first two people who will mail me the Georgia Satellites song which Blackberry Smoke covered for their debut. Edit: the first two people with the right answer (Another Chance) are Karen and Drew. Congrats.

For those wanting a taste of this fine music, you can get a couple of mp3's for free here (there's a cover of "Yesterday's Wine" featuring George Jones too!).
Do good sounding soundboards of these guys exist? Cause I'd love to get me some more of this great rock & roll.
Posted by Skydogg at 11/27/2011 09:27:00 AM 4 comments:

Email ThisBlogThis!Share to TwitterShare to FacebookShare to Pinterest
Labels: Blackberry Smoke
Newer Posts Older Posts Home
Subscribe to: Posts (Atom)
The music posted on Skydog's Elysium is either out of print or very hard to obtain. You are encouraged to buy anything you like, if available at all. If you are the owner of music posted here and want it removed, send a message and I will comply.