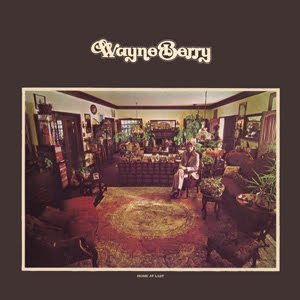 "Home At Last" is a very pleasant and good album by Wayne Berry. Formerly a member of L.A. Country Rock outfit Timber (Two albums. I have "Bring America Home", which I will not post unless there'd be great demand.), this solo album should actually please a lot of readers of this blog. It's not the harder Southern Rock, instead it has lots of similarities to the Southern Country Rock/Southern Singer-Songwriter output. Kinda laid back, but not comatose. Quite a surprise to me, since I so much disliked the Timber album. Wayne has a very nice voice, which he combines with some great tunes. I don't know much about the man's career, other than that at one time he played with Tommy Talton (of Cowboy) and that he did record a second solo album which was never released. This is a new rip, provided by the French Connection. Not the rip I found while working on this. Hm. So, until there's more, enjoy this.
Posted by Skydogg at 9/01/2012 12:12:00 PM 15 comments:

Email ThisBlogThis!Share to TwitterShare to FacebookShare to Pinterest
Labels: Wayne Berry
Newer Posts Older Posts Home
Subscribe to: Posts (Atom)
The music posted on Skydog's Elysium is either out of print or very hard to obtain. You are encouraged to buy anything you like, if available at all. If you are the owner of music posted here and want it removed, send a message and I will comply.