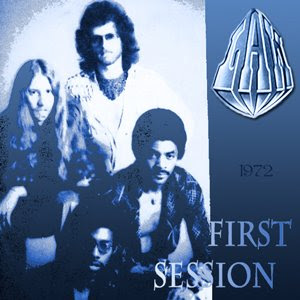 I would like to thank Rich for directing me towards former Law's axeman, Steve Acker's homepage. Not only does it keep you informed on what Steve has been up to lately, he also has a section dedicated to his past with Law. There are samples to be downloaded from all three releases, but at rather poor bitrate (96 kbps). But the best bit about it, is that he offers the first Law session from 1972. And at a nice 256 kbps. You might want to check there from time to time. He might update. But what's there right now, you can get here as well. A nice batch of early Law songs. Rockier and bluesier than what it evolved to. The difference is that here it's conveniently tagged and ipod ready to go!
Posted by Skydogg at 2/14/2009 05:08:00 PM 8 comments: 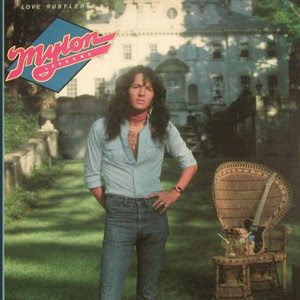 Well, I'm gona make some people happy again. It's the second to last secular recording of Mylon LeFevre. Yes, while he was still his evil alter ego self, and this time apparently lost in the discotheque as well. But don't you worry, cause it's still well worth your time. That is, unless you're the kind of Southern Rock fan that can't grasp anything beyond Skynyrd and Hatchett. But then you wouldn't be here in the first place, now would you?
On this album Mylon gives it another shot at some slick Southern Rock/Pop, with a handful of tasteful covers. Like Le Roux's "Keep The Fire Burning" and Mac Gayden's "Someone Whispered". You can just imagine the hand claps. More rocking out on Kerry Livgren's "Another Slant", and Kerry's also helping out on guitar duties. All in all a logical successor to "Weak At The Knees", and a very nice one at that. Next month I'll be posting Mylon's last musical sin (though that might depend on how you look at it...), "Rock & Roll Resurrection". But until then, groove to this.
Posted by Skydogg at 2/12/2009 03:56:00 PM 12 comments: 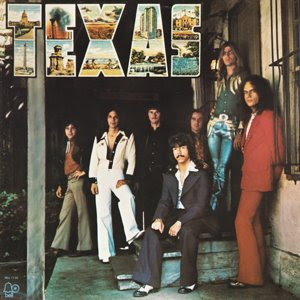 I've got another obscurity for you. It's the 1973 Bell Records release by Texan band Texas. I couldn't tell you the first thing about them, other than what little info is on the cover. But you can read all that on a MySpace site, here, where you can also listen to samples of 5 of the 7 songs on this album.
Seems like the main man here was Michael "Mace" Maben, and apparently he's still out there somewhere jamming. The music ranges from Country to Blues to Boogie, but all very much Southern Rock. I quite like the album. "Tough Kid" grabbed my attention in being tough yet cheerful, while anticipating some future Southern Rock mannerisms. And with some nice horns added. Vinyl wasn't perfect, but I think I did a very decent job. I read in a record collector's guide that they released a second album in 1979, "Real To Reel", on a label called Infinity, though I couldn't verify it was really the same band. But this is a pleasant little surprise.
Posted by Skydogg at 2/11/2009 06:48:00 PM 5 comments:

Email ThisBlogThis!Share to TwitterShare to FacebookShare to Pinterest
Labels: Texas 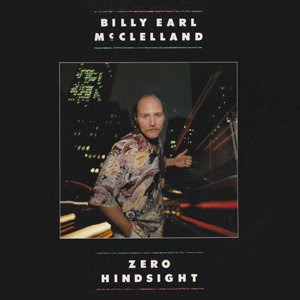 Here come the 80's! To me, that was black page in the history of Rock music. Though not all was as bad as it seemed. And here's a record you might very well like a lot.
I bought this album, long time ago, because it featured Dickey Betts on guitar. Listening to the album back then, I was somewhat disappointed. To be calling this Southern Rock was sure stretching it. Too mellow, and rubbing shoulders with West Coast pop. But these days I like my Southern Rock stretched, and I enjoyed ripping this album. Billy Earl McClelland was/is a Country session guitarist, who's also written songs for other artists (among others Waylon and Hank Jr.). He recorded two solo album for Elektra, of which only one was actually released. This one. The other album was called "Ready or Not". The music on this album is more in the vein of Rodney Crowell (circa "But What Will The Neighbours Think"), and reminded me at times of Warren Zevon. It's also very typical of its age. But do give it a spin.
Posted by Skydogg at 2/10/2009 06:47:00 PM 2 comments: 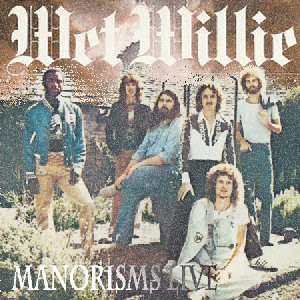 I've always loved the energetic, almost hyperactive Southern Soul Rock of Wet Willie. But by the time they changed labels from Capricorn to Epic, things started to mellow down a bit. Or maybe get just a little too slick. But I still think "Manorisms" was quite a good album, though. And I'm glad I did some digging and actually came up with this small treasure. A 5 song live performance of Wet Willie, doing songs from and promoting the "Manorisms" album. I don't know anything about the source, but they sound like professional recordings, ripped from vinyl. Could it be a promo live album for radio stations? Anyway, the sounds is great. And the playing and singing is excellent. Live in front of a very small audience, maybe live in a studio? Added are two Jimmy Hall solo performances from the Charlie Daniels Volunteer Jam VIII. Also very good sounding recordings. Hey, hey, what do you say?!
Posted by Skydogg at 2/06/2009 10:48:00 PM 3 comments: 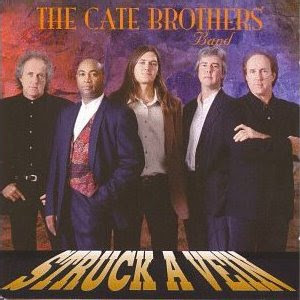 Or The Cate Brothers Band or Cate Bros or Cate Brothers: it's Earl and Ernie Cate. Hallelujah! And this time it's my brother Mawos to the rescue, unearthing this out-of-print CD. Yes. Sure, it's more of the same, but I just love the sound of these brothers. And because their 70's albums never got released on CD, it's lovely to hear any re-recording of some of their old classics. Biggest hit this time around is "Stranger At My Door". A very funny story about a guy getting accused of messing with another man's lady, who mentions at the end it must've been his brother, who looks a lot like him. Yeah right!
It's lightweight, funky stuff here. But if you know and love the Cate Brothers, you won't be disappointed. I'm sure glad I finally get to enjoy this. Unfortunately there's a skip at the beginning of the last song. It's unobtrusive, though. Mawos found it through a friend on a Russian forum, so we can't ask for a re-rip. But if I find a better replacement, I will update this post. The label on which it was released: Big Burger.
Posted by Skydogg at 2/03/2009 07:31:00 PM 1 comment: 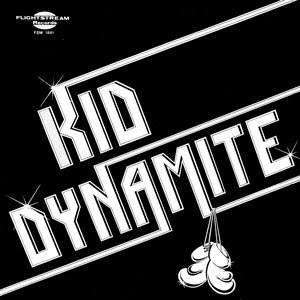 Kid Dynamite was an offshoot of the Steve Miller Band. Formed by Southern boys Dick Thompson and John King (of the Steve Miller Band), Kid Dynamite was completed by vocalist Val Garcia and guitarist Steve Trembley. They released two albums in 1976, both entitled "Kid Dynamite". Yeah, that's cool. And confusing. But I'm guessing this would be their second, since the other, on the Cream label, was recorded at the end of 1975.
I did not care much for the cover of this album. And the fact that it was on Flightstream (!?), didn't do much to change my preconception. But fortunately I've been proven wrong, 'cause this is a real nice and warm sounding record. A nice mix of soulful, funky Southern boogie. I grabbed this album from Zosopat's blog, who has a great blog with some ultra rare gems. Go visit!
The other one I now have too, thanks to Bigfootkit and will post later on. This one sounds real good, though there is one major skip to be heard on the song "Whole Lot Better". But despite that, this is well worth your attention and a real find. Kaboom!
Posted by Skydogg at 2/02/2009 08:44:00 PM 2 comments:

Email ThisBlogThis!Share to TwitterShare to FacebookShare to Pinterest
Labels: Kid Dynamite
Newer Posts Older Posts Home
Subscribe to: Posts (Atom)
The music posted on Skydog's Elysium is either out of print or very hard to obtain. You are encouraged to buy anything you like, if available at all. If you are the owner of music posted here and want it removed, send a message and I will comply.