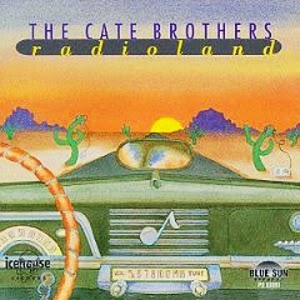 Some more Cate Brothers for ya (it's been a while). 'Radioland' was released in 1995 and sounds like it too. Cate Brothers were always leaning towards a cleaner, more soulful side of Southern Rock. But in the 90's Blues all of a sudden became a hip thing again. Slick Blues that is. You know, everybody seems to do it at that time. People like Gary Moore and Les Dudek. The kind of Blues that seemed inspired by the likes of Robert Cray. So is it any good? Hell yes, it is. Cate Brothers always had a very tight band, and that hasn't changed. The skillful and tasteful playing combined with the wonderful voice of Ernie Cate, well you just can't go wrong there. To be honest, I miss the Funk and sound of the Asylum albums, but there's not a Cate Brothers album that I don't enjoy. This you can perfectly play late night, wooing your baby. Recovered Soul..
Posted by Skydogg at 10/19/2014 12:44:00 PM 5 comments: 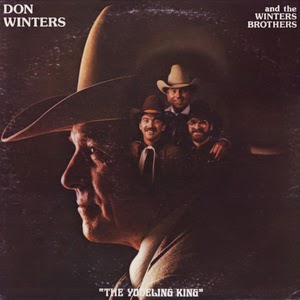 Well, this record sure put a grin on my face. Yes people, it's the very first yodeling album on Skydog's Elysium. Don Winters (no , not Don Williams!) is (or rather was, since he passed away in 2002) the daddy of Dennis and Donnie Winters of The Winters Brothers Band. He has had a Country career since the late 40's and joined Marty Robbins' band in the 60's. As far as I can tell, he's only had one solo release, and this is it. Yes, it's Country and no, there's hardly any Southern Rock to be found here, save for two tracks. On those two tracks, 'Yodel Our Way To The USA' (which I hereby pronounce to be a definite Southern Rock classic) and 'The Yodeling King', the band playing and singing is basically The Winters Brothers Band, with papa Don yodeling along. Still, all in all, this is a very fine piece of work indeed. This album was provided for by Luc, who did an interesting interview with The Winters Brothers Band, in which this album was discussed as well. Read it here.
For those of y'all with an open mind towards Country, be sure to grab this. The playing and singing is excellent (as is the yodeling) and the songs are well chosen. 'Call Me The Breeze' is done nicely and, of course, this includes the Jimmie Rodgers standard 'T For Texas'. Great stuff that'll make for a good time feeling. Let's yodel our way to the USA.
Posted by Skydogg at 10/10/2014 01:15:00 PM 2 comments: 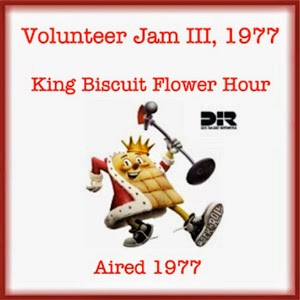 I think the Volunteer Jams, hosted by Charlie Daniels in the 70's, were the culmination of everything that's good about Southern Rock. Like a celebration of brotherhood and good music, with loads of different artists teaming up, regardless of musical background or preferences. Actually, I think these shows are what Southern Rock used to be all about: a big melting pot of different styles of music, all played with that distinctive feel that makes you recognize it for what it is. Great music from the South played by great musicians from the South and from outside. The original files I got from friendly former blogspot Tell It To The Devil. Those files came with the original commercials in between songs. It gave a nice impression of radio in the 70's, some commercials are quite hilarious to hear now. And it's very nice to hear Ray Charles sing praise to Scotch audio tapes. You can get the original files here.. However, for repeated listening enjoyment, I found they become annoying after a few spins. Therefore I edited those out as much as possible, and tried creating one big show lasting over 90 minutes. Pure ear-candy for the rugged Southern Rock ear. Obviously it starts off with The Charlie Daniels Band doing their thing. Hey, this is 1977, and The Charlie Daniels Band is having their finest hour. A nice set, featuring songs like 'Cumberland Mountain Number Nine', Sweet Louisiana, Roll Mississippi and High Lonesome. Then it's time for Willie Nelson to come up with the goods. And he does with classics like 'Stay A Little Longer' and Good Hearted Woman. Killer track of this show, in my opinion, is 'Green Grass & High Tides' by The Outlaws. Throughout the artists are helped out by people like Bonnie Bramlett, Jimmy Hall,Mylon LeFevre, Chuck Leavell and the boys from Grinderswitch. There's one song by Papa John Creach, of which I don't know the title (help me out here). Toy Caldwell of The Marshall Tucker Band closes up with a little help from a lot of people. All in all, this is a perfect example of what Southern Rock was really all about. Can't You See?!
Posted by Skydogg at 10/05/2014 01:06:00 PM 5 comments:

Email ThisBlogThis!Share to TwitterShare to FacebookShare to Pinterest
Labels: Bonnie Bramlett, Papa John Creach, The Charlie Daniels Band, The Outlaws, Toy Caldwell, Willie Nelson
Newer Posts Older Posts Home
Subscribe to: Posts (Atom)
The music posted on Skydog's Elysium is either out of print or very hard to obtain. You are encouraged to buy anything you like, if available at all. If you are the owner of music posted here and want it removed, send a message and I will comply.