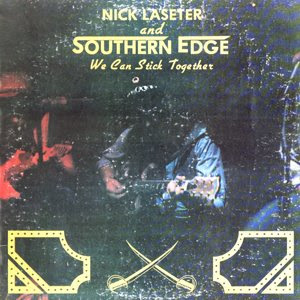 Well, this is surely an obscurity for you. I did my best to find any information on Nick Laseter at all, but all I found was a private profile on MySpace. This album was sent to me by my French Connection, but neither Jacques nor Luc know anything about the artist or the record. I have included the scans of the cover. It's very worn out, but I can at least give you the names of the people playing:
Nick Laseter: vocals & lead guitar, Ralph Snyder: piano, Larry Davis: drums, Randy Tomlinson; rhyhtm guitar, Nathan Roberts: bass and Juanita Laseter: backing vocals. It was produced by Charlie Bryant, and it does not mention any year of release. But it's definitely early 70's.
As for the music, this has more to with Elvis-like Country(Rock) than Southern Rock. But this will probably find a home with some of y'all. And the rip is pretty decent. Thanks to Jacques and Luc for music.
Edit 4/8/2009: On August 3 I received a message frome none other than Nick Laseter himself. Here's what he had to say:
"Well this was my first album released in 72,I have writtin hundreds of songs since.I still play (not as much as I use to) but I cant tell you how exited I was to see someone take intrest in my music from so long ago.I have new music listed on digital rodeo and sound click with a band called january rose.As far as my influences,I grew up in southern Louisiana and have performed with folks like B.B. King Fats domino and a barrage of old south pickers.I came from the age of Skynard and the Allman brothers.Again thank you for your intrest.It makes an old man feel good to know someone listened...Nick"
Hubba-hubba..
Posted by Skydogg at 6/29/2009 05:51:00 PM 11 comments: 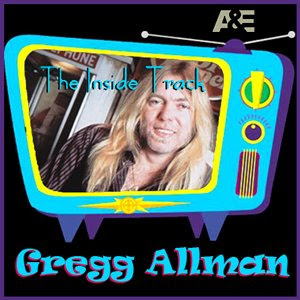 Something different this time. It's Gregg Allman visiting on the A&E show "The Inside Track", hosted by Graham Nash. Apparently (I'm not from the US, so what do I know) this was/is a TV show, and on this one Gregg makes an appearance. This is just the audio, which is fine by me. Some amusing interviews (like the foot shooting party) and some entertaining acoustic performances. He plays "Melissa", "These Days", "Come And Go Blues" and "Midnight Rider". Nothing you haven't heard before, but very pleasing all the same. He's being accompanied by Craig Doerge. If anyone has the video, please, let me know. But I bet you will want this.
Posted by Skydogg at 6/13/2009 07:55:00 PM 4 comments: 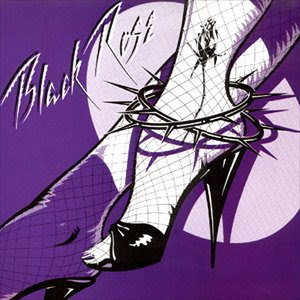 Black Rose was a band which featured Cher on vocals and her then boyfriend Les Dudek on guitar and vocals. Their only release was this 1980 album for Casablanca Records. If you read about this album and were expecting an album similar to "Allman & Woman - Two The Hard Way", then you're in for a surprise. Not sure it'll be a pleasant one, though. This album has none of the flash of the Les Dudek albums. Instead it's a Power Pop exercise on which Cher gets to rock out some. It's not bad, just not terribly good either. I prefer the soulful sounds of her album with Gregg anytime. But since I'm a sucker for Les Dudek, I just had to complete my collection. So, are there any good Les Dudek songs on here? Hmm, sort of. Actually, he only gets to sing lead vocals on one track, a duet called "You Know It". I like that song, and it would fit nicely as a bonus track on his "Gypsy Ride" album. So, for that you should get this. Tricky move to start an album with a song entitled "Never Should've Started". For completists only..
Posted by Skydogg at 6/12/2009 08:42:00 PM 10 comments: I had in mind to post the Cate Brothers CD "Arkansas Soul Siblings", only to find that it was re-released under a new title, "Born To Wander". I just ordered it, and it's a very good remaster. The recordings on those albums are pre-dating their Asylum releases. The music has some more Rhythm & Blues influences than their later work, but already you hear their distinctive sound. I still wonder how these recordings relate to The Cates Gang output, chronologically. They must've been recorded around the same time, I think. Very much recommended.
Nearly 30 years later they released "Live", and it just goes to show that sometimes the finest musicians will continue to release the finest music. Lots of classics played wonderfully on this live set. "Time Is A Thief", "In One Eye And Out The Other", "Union Man" and a very nice version of Tony Joe White's "Steamy Windows". You may know the songs already, but this is quite a nice addition to the Cate Brothers collection. I would love to see all their albums re-released (Wounded Bird, are you listening?). For now, let's get funky...
Posted by Skydogg at 6/06/2009 10:21:00 AM 5 comments: 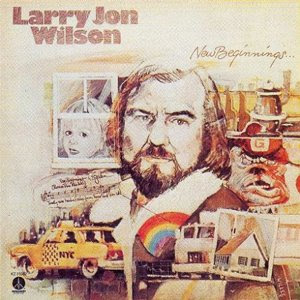 I'm really glad to have this album of Larry Jon Wilson. I only knew one song of Larry Jon, which can be found on the "Heartworn Highway" DVD. You can watch that song here. And thanks to Mawos for finding the rip.
Larry Jon Wilson released 4 albums in the 70's, and his style sometimes resembles Jerry Reed or Waylon Jennings and at other times he steps into Travis Wammack territory. It's Country but has a definite Outlaw feel to it. And the man gets Funky occasionally, as you can witness on "Ohoopee River Bottomland". But the best part, as far as I'm concerned, is the man's voice. He has this incredibly wonderful baritone and he just demands attention. And though at times this album has some really slick production, underneath all that there's always a beautiful and well-crafted song. This is a really great album. Listen!
Posted by Skydogg at 6/05/2009 05:12:00 PM 19 comments: 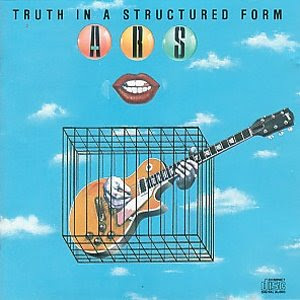 The Atlanta Rhythm Section, like many Southern Rock bands in the 80's, hardly sound like anything you've heard them play before. Southern Rock was so very last Tuesday, and AOR seemed to be the salvation. Yeah right! On "Truth In A Structured Form" they sound like 38 Special or Molly Hatchet did in the 80's. Rather dumb and a terribly dated 80's sound. Still, the record is quite enjoyable once you get past that setback. Though it's nowhere near as fine as any 70's release. I guess they call it survival. Luckily they returned to form on later releases. But this album gives some insight at the struggles of Southern Rock on the dark pages of Rock & Roll history. It has been long since been out of print, and really, I don't see it getting a re-release any day soon. The music sounds very synthetic. It would take another 10 years, on the 1999 release "Eufala", that ARS started making sense again. But try this. It might bring back some plastic dreams of yesteryear. Back on Neon Street...
Posted by Skydogg at 6/01/2009 01:57:00 PM 10 comments: