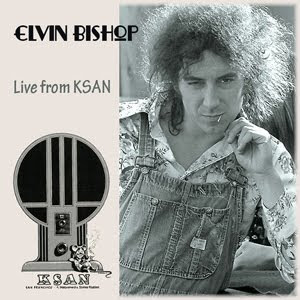 A short one, this one. It's Elvin Bishop live in the studio, hollering and shouting and having a good time. As usual. I hardly have any information on this little live show. It was a KSAN broadcast and probably from 1976. But it could be late 1975 as well, I suppose. I compared it with shows listed on Wolfgang's Vaults that were from KSAN, but this one is not the same. I don't even know for sure that this is the complete show. What I do know is that it's Elvin Bishop at his very best with his finest band and at his finest hour. Mickey Thomas singing and doing so wonderfully. This sure left me wanting more. And those kind of shows are the best kind. Good times!
Posted by Skydogg at 3/31/2011 05:55:00 PM 3 comments: 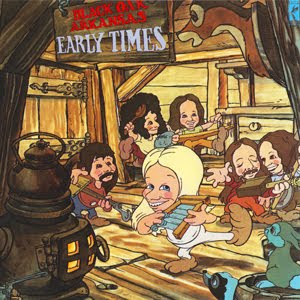 Before Black Oak Arkansas there was The Knowbody Else. Same band, different name. The Knowbody Else was signed to Soul label Stax Records and one album was released before they were let go. Apparently more was recorded, though. This album, "Early Times", consists of recordings done for Stax and was only released in 1974. My dating this album 1969 is really a guess, but in the chronology of Black Oak Arkansas that's just about right. Maybe some could be from 1970. As for the music, there's no mistake who's singing and playing. If you dig the Southern Raunch & Roll of Black Oak Arkansas, this might be a bit quiet. But it's a very pleasing bunch of songs all the same. And these cats may not have had the recognition they do deserve. Cause Black Oak Arkansas was already playing up a storm long before Lynyrd Skynyrd came around. So really, it was The Allman Brothers Band and Black Oak Arkansas who started that music we all love so much. And you named it Southern Rock. Older than grandpa!
Posted by Skydogg at 3/26/2011 08:47:00 AM 4 comments: 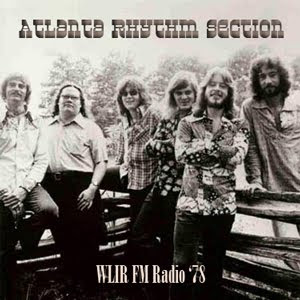 On March 14 Ronnie Hammond passed away. Sad news for sure. I love the laid-back music of the Atlanta Rhythm Section and that velvety voice of Ronnie's. You know what I mean. So, a post is in order here. Besides the stuff already posted here, everything is available on CD. Thus, I took the liberty of grabbing this show from D & P Bootleg Tunz World (Tons of great bootlegs over there, check it out!). It's a splendid show, recorded in 1978 and aired on WLIR FM Radio. And some footage of Ronnie and ARS for you to watch: 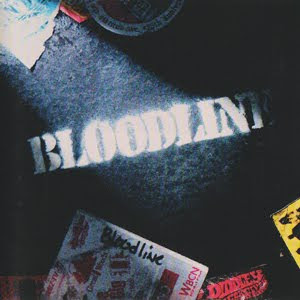 Bloodline was a great band which only released this one great CD. And there are some pretty interesting bloodlines at work here. Berry Oakley, Jr., son of The Allman Brothers Band bassist Berry Oakley. The son of The Doors' Robby Krieger, Waylon Krieger and son of Miles Davis, Erin Davis. This was also the first band featuring Joe Bonamassa. So, plenty good reason for checking this out. Or maybe the fact that Warren Haynes joins in on a couple songs may grab your attention? And if I told you this is terrific funky yet in-your-face Southern Rock, would that do it for ya? It's a Southern Rock classic that time has yet to discover. And thanks to Shmoopatties this now comes with two live bonus tracks. Dixie peach!
Posted by Skydogg at 3/19/2011 11:40:00 AM 12 comments: 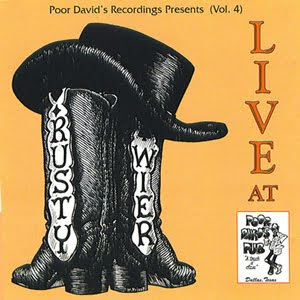 Here's a treat for y'all. It's a live show by the highly entertaining Rusty Wier, and it's one of my favorite posts of the last months. Just some guitar and vocals, no band this time. For those unfamiliar with Rusty, he's a singer-songwriter of the Outlaw Country type. Slightly tougher than Guy Clark, playing some great songs, possessing a very characteristic, pleasant voice and very amusing and endearing. The sound is excellent, making you feel like you're there. Some surprising cover versions of "Amie" and "You've Lost That Loving Feeling", this whole show is wonderful (thanks Matt!). I think it's time for you to get into Rusty. And this is as good a start as any. Something else.
Posted by Skydogg at 3/12/2011 02:09:00 PM No comments: 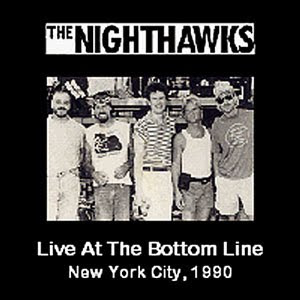 Thanks to Helvis for this nice live document of The Nighthawks, featuring Jimmy Hall of Wet Willie on vocals and Jimmy Nalls of Sea Level on guitar. Musically this is more barroom type Blues/Boogie than Wet Willie's brand of Southern Rock. I don't think the songs stand out much, but the playing is just fine. A very enjoyable live show. Some songs of Wet Willie are played here, and they're the ones I enjoy most. And Jimmy can sing! The sound of this recording is like a decent soundboard. Just think: barroom+beer+rock&roll=goodtimes. Keep on smilin'!
Posted by Skydogg at 3/08/2011 03:47:00 PM 3 comments: 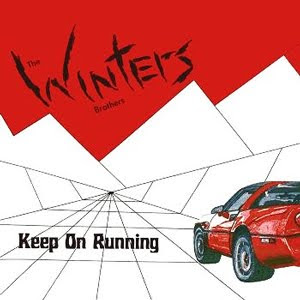 The Winters Brothers Band consisted of brothers Dennis and Donnie Winters, along with their band. I first learned about them, listening to the Charlie Daniels' Volunteer Jam, which had them playing and singing the songs, "Sang Her love Songs and "Rich Kids", in the late 70's. This EP has 5 songs and was released in 1984. Yes, the dreaded 80's. It's pretty much a product of it's time. There's some definite attempts at trying to sound modern, which I reckon most of you won't care much about. But some tracks are very good, so do not dismiss this as yet another piece of plastic Rock from the 80's. Strangest song here is the track "Jailer-Jailer", which has them sounding like Harry Belafonte. So, this is not (!) representative of The Winters Brothers Band! But thanks Dirk for sending this. I like to have a complete view of what went on with Southern Rock through all the years, even if it's the Dark Ages of Rock & Roll. Some of these tracks would end up in re-recorded versions on later albums. And those are the ones that will stick. This one's for satisfying a curious mind. Keep on running...
Posted by Skydogg at 3/06/2011 01:15:00 PM 4 comments:

Email ThisBlogThis!Share to TwitterShare to FacebookShare to Pinterest
Labels: The Winters Brothers Band

Rossington - Returned To The Scene Of The Crime (1986) 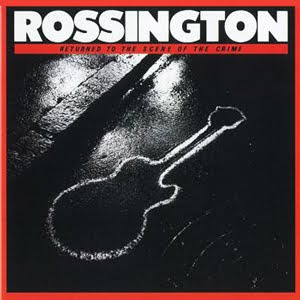 After two Rossington Collins Band albums, Allen Collins released one more very goof Southern Rock album with the Allen Collins Band, called "Here, There & Back". Gary Rossington followed three years later with this album, "Returned To The Scene Of The Crime". Now, we're well into the dark pages of Rock & Roll history here. And I'm afraid this is where things definitely got sour. Unless, of course, you enjoyed Cher and "If I Could Turn Back Time". Cause this album has more in common with that type of output than anything called Southern Rock. Gary must've been looking for a hit. I don't know whether he actually got one with this album, but I wouldn't be surprised. This is really slick, polished up AOR with just a bare hint of Southern at all. It's not bad, but neither is Journey or Foreigner. But that's not what I'm hoping for when buying an album of people related to one of my favorite Southern Rock acts of all time (yes, besides The Allmans I'm a big fan of Ronnie Van Zant-era Lynyrd Skynyrd). Still, for historical purposes this may be worth checking out. And if you're a fan of AOR music in general, you may well enjoy this album lots. Dale is a great singer and Gary does still possess that beautiful tone of his, which can still be heard if you listen carefully. Dangerous love.
Posted by Skydogg at 3/02/2011 08:28:00 PM 6 comments:

Email ThisBlogThis!Share to TwitterShare to FacebookShare to Pinterest
Labels: Lynyrd Skynyrd, Rossington
Newer Posts Older Posts Home
Subscribe to: Posts (Atom)
The music posted on Skydog's Elysium is either out of print or very hard to obtain. You are encouraged to buy anything you like, if available at all. If you are the owner of music posted here and want it removed, send a message and I will comply.