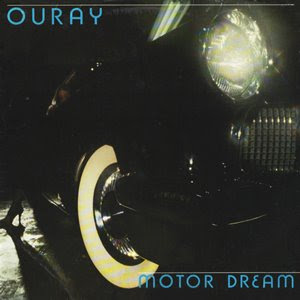 "Motor Dream" was Ouray's second and final album. It's a completely different world compared to "Chrome On The Range". That album was much earthier and closer to genuine Southern Rock. On "Motor Dream" the band sounded like they were looking for a hit. Especially on the first few tracks, it all sounds very commercial. A bit like 38 Special. But after some tracks you can definitely hear some trademark Southern Rock guitar licks, vocal harmonies reminding of The Outlaws, and overall some very good songs. Yes, I enjoyed this album very much.
When I posted the first album, I mentioned I hardly knew anything about the band. Luckily I was given some very useful information about the band in a comment by a reader. That reader was Bo Pirrucello, steel guitarist and singer of Ouray. This is was he wrote:
"Stumbled across this blog. I am Bo from Ouray. We were all from Chicago, played around the midwest and east for about 7 or 8 years. Some of us are still active, Ted is still playing with various bands in the area. Hap and I have been collaborating off and on for the past 15 years or so, Hap is based in Colorado now. I have a new band called Cal-Sag, booking is starting. Frank and Too Tall are retired from playing, but Frank has a thriving entertainment law practice. Motor Dream is a little different, but has some really good moments. Thanks for the positive words. Check out my guitar company www.hansonguitars.com. Former partner with Lakland basses, we are launching these new guitars this summer."
Well, thank you, Bo! And now that you're all updated on the band's current whereabouts, it's time to enjoy Ouray's Motor Dream...
Posted by Skydogg at 7/30/2009 06:24:00 AM 7 comments:

Email ThisBlogThis!Share to TwitterShare to FacebookShare to Pinterest
Labels: Ouray 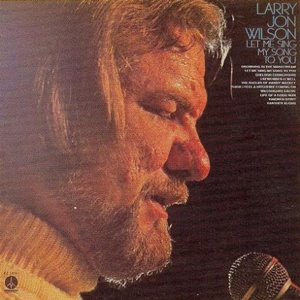 "Let Me Sing My Song To You" is Larry Jon Wilson's second album. In style, it's very similar to his debut album "New Beginnings". But I like this album even better. I think it's a brilliant Outlaw Country record. And regardless of your preferences, I think you should really give this a try.
On this album Larry Jon picks up the tempo a little and frequently gets funky. Best song, to my ears, is the song "Sheldon Churchyard", which any Southern Rock fan would find a find. Again, the songs are all top notch, the playing impeccable and the singing spellbinding. It's hard to believe that no label has yet arranged to get his four albums from the 70's released on CD. My advice is to get this, share it with all your friends, and maybe then someone will notice? Anyway, this is a good vinyl rip. Let the man sing his songs.
Posted by Skydogg at 7/26/2009 12:24:00 PM 6 comments: 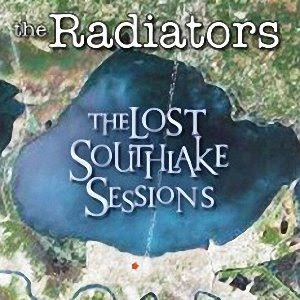 No, it's not that I'm going commercial. But I do like to draw some attention to the new album by The Radiators, "The Lost Southlake Sessions". I got sent a copy and I'm allowed to give you one song of the album. And I like it.
The Radiators are from New Orleans, Louisiana. And they sound like it too. If, besides Southern Rock, you dig the NOLA vibe, you should definitely give this a try. These guys have been around since 1978 and still play with the same line-up. They released several albums, mostly on small labels. According to Allmusic "Law Of The Fish", their only major label release (and thus, the band probably having access to all the right means), is the one to have.
This is New Orleans Rock alright. An influence which can be heard in Little Feat music as well. And of course on any Anders Osborne album.
The Radiators are a little more straightforward than that though. No triple guitar lead attacks here, but splendid easygoing Rock. You can here some Southern Rock in here, but also Border Rock, like Los Lobos. Live, they tend to do some jamming. They offer lots of live shows as downloads. Check that out as well. On this album the songs are compact songs. I recommend this album. But you be the judge. Check out this, the song: "Honey From The Bee"
Posted by Skydogg at 7/21/2009 05:45:00 PM 1 comment:

Email ThisBlogThis!Share to TwitterShare to FacebookShare to Pinterest
Labels: The Radiators 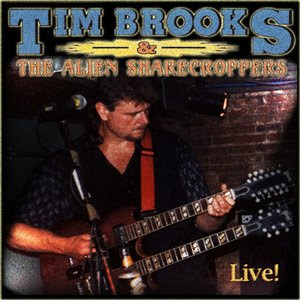 Well, some good news about Tim Brooks. On his MySpace page there's mention of a new album coming out this year. Hell yeah! So, all the more reason to spoil you with yet another scorching live set of Tim Brooks & The Alien Sharecroppers. I have no info on where this was recorded, only the year 2001 is given. I prefer this show over the previous, which I also love. But this better represents his own work. It's a soundboard recording (also out there in lossless format, so don't pollute the lossless community with this version! & thanks Traink) and it sounds pretty good. Classic Southern Rock, great picking, wonderful! And it's a long show, but well worth hearing out. Some Allman Brothers songs, a cover of ZZ Top's "Shiek" and a version of "Jesse", which has only had a release on the compilation album "Peach State Blues".
I just know you will enjoy this smoking live show. I know I did. So, kick back and let the music carry you away. But be sure to keep a look out for Tim's new album coming soon. And go buy it! No cover charge...
Posted by Skydogg at 7/18/2009 12:09:00 PM No comments: 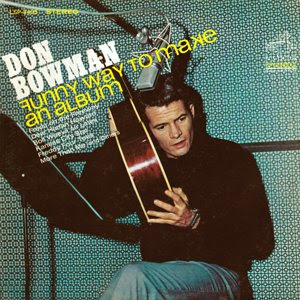 This is Don Bowman's third album, and it's one of my favorites. This features the hilarious "The Other Ringo","I Get The Feeling We're Through","Boll Weevil Air Lines" and "Things Are Looking Up", the latter being one of the funniest drunk songs. And Don's in touch with his feminine side too, assuming the role of sister on "Dear Sister". But I don't think I should talk too much about Don, he should be laughed at. So, let the funny man do the slurring...
Posted by Skydogg at 7/14/2009 09:44:00 PM 6 comments: 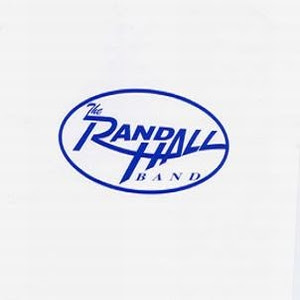 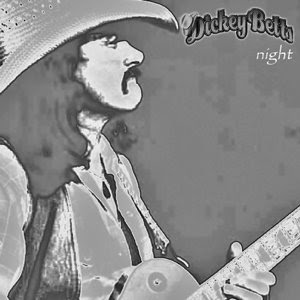 "Night" is the unreleased solo album of Dickey Betts. For those of you familiar with The Allman Brothers Band's "Dreams" box set, you may already know Dickey was working on a record with Nashville producer Chips Moman. This album also features the track "Nancy", though this is a completely different version. I doubt this has anything to do with Chips Moman yet, but I could be wrong.
I have to warn you, this is not a great sounding copy. I don't know the source, but it's probably ripped from a poor quality cassette tape. The whole album is drenched in a heavy hiss. I couldn't remove it without wrecking the sound, so I left it as it was. I would love to have a better version, but I don't know if it's circulating. Any official release would be a definite improvement. Because of the quality, I'd say this is only interesting for raving mad Betts fans and Southern Rock scholars.
Musically this is very close to straight-up Country (Betts-style). I quite like the songs. This also has the song "Whole Lotta Memories", which can be found, in a live version, on the BHLT Geneva recording. Thanks to Mawos for providing the music. Great Southern.
Posted by Skydogg at 7/12/2009 11:39:00 AM 10 comments: 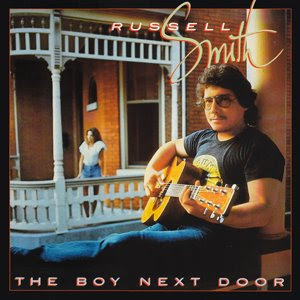 "The Boy Next Door" is Russell Smith's second solo album. Apparently it was only released in Europe. It has not been released on CD, though eight tracks wound up on the "Sunday Best" compilation, and one more on the "Russell Smith" debut CD release (actually two: the song "Hesitation" was included on both). So, if you have those two already, the only song you're getting this for, is "Nobody's Angel".
Musically this fits right in with the Nashville thing going on at that time. While the Amazing Rhythm Aces albums were quite adventurous, Russell on his own usually sticks to the Country side of affairs. Still, he excels at it too. And tracks like "Hesitation" or "Who's Makin' Love" wouldn't seem out of place on a album like The Aces' "How The Hell Do You Spell Rhythm". "Nobody's Angel" is a Country ballad. Nothing spectacular, but quite alright. Well alright.
Posted by Skydogg at 7/08/2009 08:35:00 AM 8 comments: 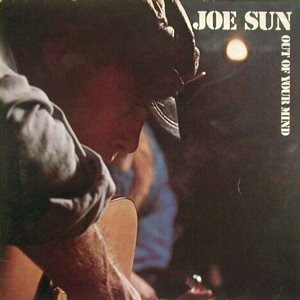 When this album was released in 1979, Johnny Cash wrote the liner notes, stating that "Joe Sun is the greatest new talent I've heard in twenty years". And it's not hard to figure why Johnny felt that way. Joe Sun has been making some the greatest Outlaw Country in the past twenty years. So, if you haven't already embraced Joe and his music, now's the time.
On this album he sounds a little more laid back than on his "Storms Of Life" album. But the songs are once again beautifully selected and played. Ideal for some late-night reminiscing. And Joe has a great voice, which would make even a mediocre song stand out. Don't hold back, get yours today! Unless you're out of your mind.
Posted by Skydogg at 7/05/2009 11:06:00 AM 8 comments: 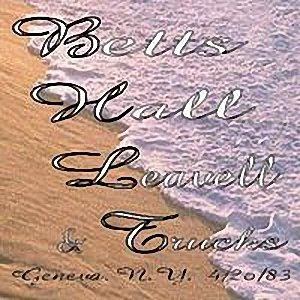 Betts, Hall, Leavell & Trucks features Dickey Betts and Butch Trucks (Allman Bros), Jimmy Hall (Wet Willie) and Chuck Leavell (Allman Bros & Sea Level). Unlike most Southern Rock bands in the early 80's, this band did not venture into AOR territory. Instead, this is fairly classic Southern Rock, with songs of The Allman Brothers, and Jimmy Hall and Dickey Betts solo cuts. It's a soundboard recording of a gig they played in Geneva, NY, on Jimmy's birthday. The sound is a little thin at the start, but it gets better with the second song. Vocal duties are being shared by both Dickey and Jimmy. I don't know if they ever recorded any studio demos, but this is very nice anyway. The kind of band you'd love to hear on a Charlie Daniels Volunteer Jam. I'm guessing you'll enjoy hearing this lot keep playing Southern Rock like the 80's never happened. Yay!
Posted by Skydogg at 7/04/2009 09:09:00 AM 4 comments:

Email ThisBlogThis!Share to TwitterShare to FacebookShare to Pinterest
Labels: Dickey Betts, Jimmy Hall, The Allman Brothers Band, Wet Willie
Newer Posts Older Posts Home
Subscribe to: Posts (Atom)
The music posted on Skydog's Elysium is either out of print or very hard to obtain. You are encouraged to buy anything you like, if available at all. If you are the owner of music posted here and want it removed, send a message and I will comply.