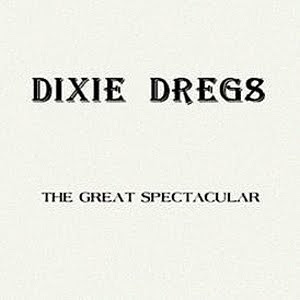 Dixie Dregs featured/features (they still get together, now and again) guitar picker extraordinaire, Mr. Steve Morse. Steve plays with Deep Purple these days, and has in the past played with Kansas. And all the while, off and on, he's been playing with the Steve Morse Band. But Dixie Dregs was where it all started, as far as releases go (to my knowledge anyway). And this, "The Great Spectacular", was their debut. Issued as an independent record, this was recorded at the university where they were students at the time. This is a nice piece of raw enthusiasm with some expert playing. Nothing like you might expect from Southern Rock, then again, in the early 70's anything went. Dixie Dregs were from Georgia, and there are definite Southern qualities to be found here. But beware, overall this has more to do with Jazz Fusion than regular Rock. Great stuff, though. Dixie Dregs later were signed to the Capricorn label, and all their albums are well worth checking out. Wages of weirdness...
Posted by Skydogg at 10/31/2010 12:08:00 PM 5 comments: 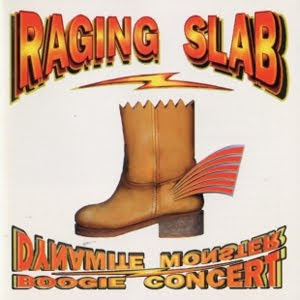 I reckon "Dynamite Monster Boogie Concert" is among the very best of Raging Slab releases (along with their self titled album for RCA). It's a shame so few people out there really know this band. They were plugged, at the time of the RCA release, as a cross between Lynyrd Skynyrd and Metallica. Well, I guess. To me there's nothing quite like the Slab. They're raging. This album actually has quite some ZZ Top in it as well. And this one features some of their best songs. Just give this one at least five spins, and, believe you me, it will have you hooked. Singer/guitarist Gregory Strzempka has one of the finest classic rock voices ever. Easily. And some tasty slide guitar by Elyse Steinman (his now-wife?). Their last album dates from 2002 and their website has been in the middle of being updated for some years now. Come back Raging Slab, move that thang!
Posted by Skydogg at 10/28/2010 11:14:00 PM 3 comments: 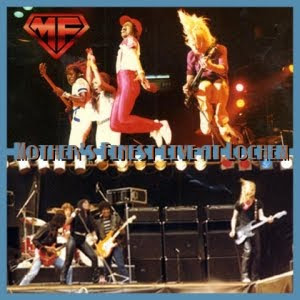 The good people at Wounded Bird have gone and done it again. This time they re-released the very first album by Mother's Finest on CD. For the very first time ever. I had been searching for a vinyl copy of that album for over thirty years. And while I did eventually find an mp3 rip of it, that copy is nothing like the real deal. Hell, it gets even better, since they released this as a double CD also including their first album for Epic records. And that ain't all! Also included here is an entire album which was never brought out at all, a follow-up to their debut from 1972. The 1973 never released album is just as wonderful as that debut. That's basically Southern Soul Rock, y'all. And performed marvelously. So go on, buy that! 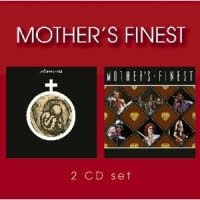 In the meanwhile, I figured I'd give you some more Mother's Finest. To go. In the form of a wonderful 1981 live show, performed at the Dutch Lochem festival. It's a lot heavier than any 70's outing of the band, but my readers should certainly enjoy this lots. Gone are the keyboards, enter a second guitar, and what we get is some serious Southern Funk Rock. This is a great sounding SBD that should get you riled up alright. Get yourself some piece of the rock!!
Posted by Skydogg at 10/17/2010 11:19:00 AM 4 comments: 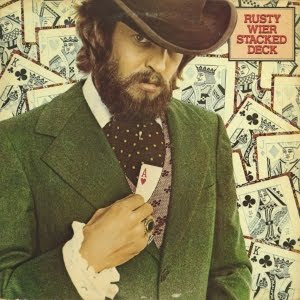 "Stacked Deck" was the follow-up to "Black Hat Saloon" and is rocking slightly more. But still there's that unmistakable voice. And some more than adequate picking. Here Rusty tries his hand at Lindsey Buckingham's "Lola" and "Don't Let Me Down Again" (both from the Buckingham Nicks album), and succeeding convincingly. No original Rusty Wier songs this time around, but a great selection of songs all the same. Top-notch Outlaw Country, boys & girls! Oh, and did I mention that voice already? Good, good lovin'.
Posted by Skydogg at 10/13/2010 10:48:00 AM 1 comment: 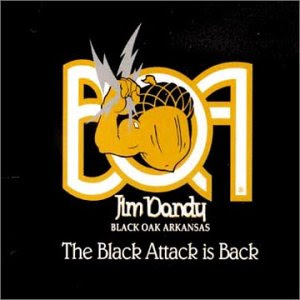 "The Black Attack Is Back" was the follow up to Jim Dandy's album "Ready As Hell". On the cover it still mentions Jim Dandy in big writing, Black Oak Arkansas in small letters underneath. something to do with the rights to using the name and contracts, I guess. Nevertheless, this is very much Black Oak alright. Like its predecessor, this was released on the Heavy Metal America label. Production-wise, you can tell the band no longer had the backing of a major record label. Still, the music is pretty solid. And most of all, like any BOA record, it's big fun. This one isn't gonna win over any new believers. But if you already dug Black Oak Arkansas before, you might as well grab this too. Last song on the album: "(I Want A Woman With) Big Titties". Hee-haw! Body slam!
Posted by Skydogg at 10/10/2010 07:21:00 PM 2 comments: 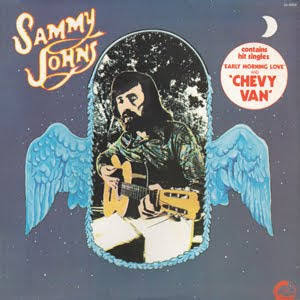 I first learned about Sammy Johns through Waylon Jennings' covers of Sammy's songs "Chevy Van" and "America". And then I ran into this album, which was a bit of a shocker for me at the time. It would be for you too, if you were expecting 70's Outlaw Country. Cause what it is, if anything can describe this properly, is something like Southern Outlaw Hippie Country Rock. Now, there's a big mouth full. But this album has really grown on me, and I still play it quite regularly. Sammy does not have the most memorable voice of all, but he does captivate. And the songs are all very well written, the kind of stuff that keeps hanging in your head. This album was released in 1973, though both Rate Your Music and Allmusic.com claim this to be released in 1975. I'd rather believe the back cover of my copy of the album (included here). I also included a rip of a 1988 MCA single, which had a re-recorded version of "Chevy Van". Get this if you like pretty songs. And "Chevy Van" is a pretty pretty song in my book. Early morning love...
Posted by Skydogg at 10/05/2010 09:42:00 PM 3 comments:

Email ThisBlogThis!Share to TwitterShare to FacebookShare to Pinterest
Labels: Sammy Johns
Newer Posts Older Posts Home
Subscribe to: Posts (Atom)
The music posted on Skydog's Elysium is either out of print or very hard to obtain. You are encouraged to buy anything you like, if available at all. If you are the owner of music posted here and want it removed, send a message and I will comply.