☺
Grand news, folks, cause the good people at Wounded Bird Records have re-released the two Pete Carr solo albums and his collaboration with Lenny LeBlanc. Of course that also means I have withdrawn my posts with the vinyl rips. But hey, this is better. Finally some clean copies. You can order these CD's at Amazon's site, among others... 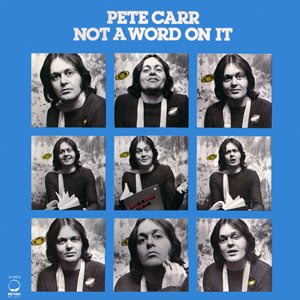 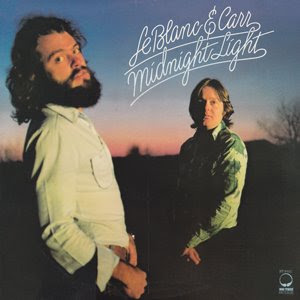 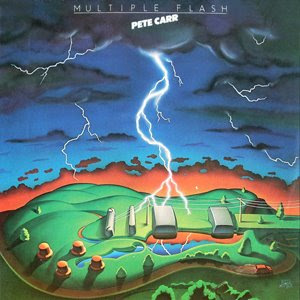 Now I would like to ask the people at Wounded Bird to try their hand at re-releasing everything by Travis Wammack from the 1970's, including all those Fame singles that never made it onto any album. Are you listening?!
Posted by Skydogg at 1/31/2010 06:25:00 PM No comments: 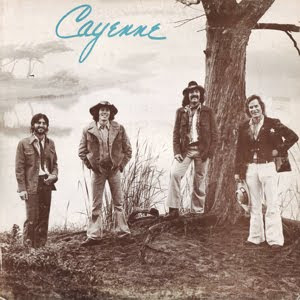 Cayenne was a band from San Francisco, California. So not really a Southern Rock band. But it might still interest some lovers of up tempo Country Rock. A very rare album released on a small independent label (Bucksnort Records) and basically a collection of demos they cut from 1972 to 1975 (Rip sent to me by Luc. Thanks!). Some more than adequate playing, if not spectacular. Very nice listen, though. It reminded me somewhat of Poco, but I'm no expert on that kind of music. Maker your move..
Posted by Skydogg at 1/26/2010 08:59:00 PM 8 comments:

Email ThisBlogThis!Share to TwitterShare to FacebookShare to Pinterest
Labels: Cayenne 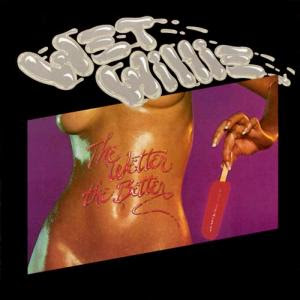 I noticed that this album by Wet Willie is no longer available on CD. Which is a shame, cause "The Wetter The Better" is among my favorite Wet Willie albums. It was their fifth studio album, and on this record it all seems to come together. This has everything which made Wet Willie such a fun band to listen to. Still a lot of energy, but more matured than on previous records. It's got Soul and Funk but it still rocks plenty! Some great songs, like "Comic Book Hero" and "Everything That 'Cha Do", this is the album to have. For me. Baby Fat!
Posted by Skydogg at 1/23/2010 12:11:00 AM 2 comments: 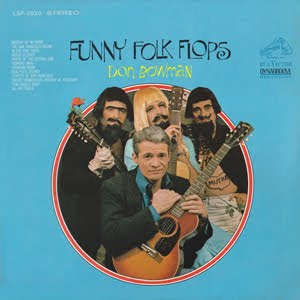 Yep, it's Don again. This time Don has it in for the 60's Folk scene. Or maybe one might consider this to be a comprehensive allyouneedtoknowguide on how to become a successful Folk artist. Just listin to this. And introducing us to the world's foremost folksinging trumpet player and greatest folksinging gargler, mr. Bowman supplies us once again with about half an hour of sheer nonsense. I guess you shouldn't want to talk about Don Bowman too much. Let him do the talking (and the 'singing') every now and then, to put a smile on your face. He's deserved it, cause obviously the man has always been under a great amount of pressure. As he claims to have been. It's been messin' up his mind...
Posted by Skydogg at 1/18/2010 09:22:00 PM 1 comment: 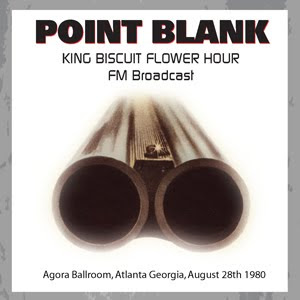 Point Blank are from Texas and they're still around today. It's a very good Southern Rock band and a couple of their albums are still available on CD. And then there are some live boots floating around, one of which is this fiery little King Biscuit Flower Hour concert from 1980. An excellent sounding show, showcasing them at their very best. It's music on the Rock side of Southern, recorded around the time of their fourth studio album "The Hard Way". This show also features one of my favorite songs, "Penthouse Pauper" from the "Airplay" album. And they're doing it really well on this recording. Unfortunately it's only a small part but it runs into a rocking version of "Louisiana Leg", making things up nicely (thank you Luc for the correction). Great guitars, great vocals as well. Lots of energy, so, go for it! They like to think of themselves as Rock & Roll Soldiers...
Posted by Skydogg at 1/11/2010 08:32:00 PM 4 comments: 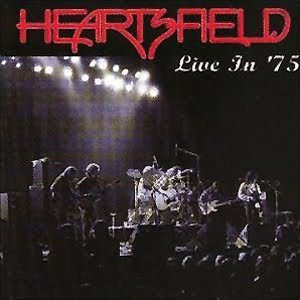 Heartsfield was requested and Heartsfield is what you get. I hadn't heard of it before, but I'm glad I looked into it. And thank you Luc for supplying this live recording of the band from way back in 1975.
Heartsfield have been releasing albums since 1972 and are still around. All their albums can be bought at their homepage www.heartsfield.com, but this album is not. It's a live album which was released in 2000, but I'm not sure whether it's an official release. It sounds like a selection of soundboard recordings put together. But don't let that put you off, cause it was still a revelation to me. Heartsfield have been called the Grateful Dead of the Midwest (Illinois based), and what you get is a whole lotta Country Rock with plenty of Allman like guitar improvs. Or maybe that should be Grateful Dead improvs, but I'm not all that familiar with those cats. It sounds much firmer than what I've heard from The Dead. Heartsfield also have a MySpace page, which adds nicely to their homepage. If you're hesistant about buying any of their albums just yet, you might want to check out Rare MP3 Music. There's some Heartsfield there as well (Hi Chuntao!). So, if the idea of Country Rock with long instrumental improvisations appeals to you, check out these Honest Junkies...
Posted by Skydogg at 1/05/2010 06:45:00 AM 3 comments:

Email ThisBlogThis!Share to TwitterShare to FacebookShare to Pinterest
Labels: Heartsfield 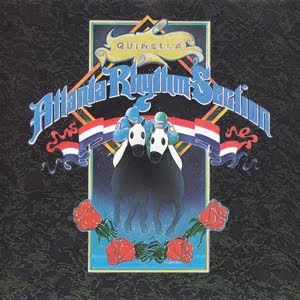 Wishing everybody a great 2010 first off. I'm hoping this year will see some more fine obscurities surfacing on blogs like mine. Maybe not starting off spectacularly, I did have some requests for more Atlanta Rhythm Section records. And I wil see to that. Their early output and later records are still available, some as twofers. But some fine albums from the late 70's, early 80's are not. This one, "Quinella", is a among my favorite ARS albums. Like any ARS album, this is still very mellow Southern Rock, but it's a splendid listen. It features one of the best ARS tracks ever (in my opinion, that is), "Homesick". Travis Tritt did a great cover version of that song on his "It's All About To Change" album. And the song "Quinella" has ARS sounding like Little Feat, cool song. Oh well, if you dig the Atlanta Rhythm Section, you can't go wrong here. How about a little Southern exposure?
Posted by Skydogg at 1/03/2010 12:42:00 PM 8 comments: