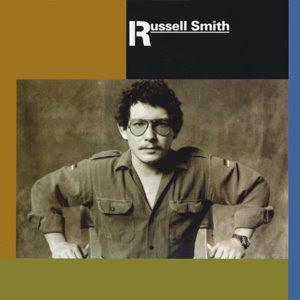 By request and with pleasure, I present to you Russell Smith's first solo album. I didn't realize that this album was actually out of print, so I never gave it any thought. Well, not as far as posting was concerned. But it's easily up there, among my favorite Southern Rock albums. Along with all Amazing Rhythm Aces records.
Russell Smith solo is not as adventurous as Amazing Rhythm Aces albums, but this one is equally as good as any ARA album. Slightly more up the Singer-Songwriter alley, like maybe Dan Penn. Great source of good material for any Country or Soul artist, incapable or unwilling to write their own songs. And it's all very tastefully done. It's never over the top, all very restrained but beautiful. And one of the very bestest voices, if you ask me. Which you don't, but you might as well... So, if you like to kick back, enjoy a beer in the sun, why not use this as the soundtrack for that cherishable moment? Oh, Southern Music...
Posted by Skydogg at 3/30/2009 09:41:00 PM 7 comments: 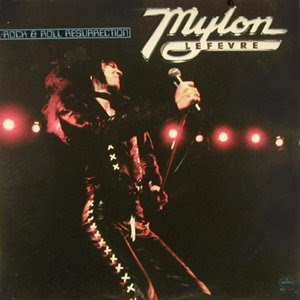 This album is called "Rock & Roll Resurrection", but it was really Mylon's last Rock & Roll stand. Cause after this album it was Christian music all the way. Which I don't mind, but for me the message gets in the way of appreciating the music. Most times.
But this is Mylon still at his very best. Though this is also very 1979. Which means it's Rock with Disco and Funk laced with Southern edges. The kind of stuff you know I love. Another nice detail is that this album is once again produced by Allen Toussaint, who also produced "Mylon" and "Over The Influence". No complaining on my behalf there either. If you can stomach the late 70's sound of old dinosaurs refusing to die, then this is another cookie jar. Don't hold back y'all...
Posted by Skydogg at 3/17/2009 06:50:00 PM 7 comments: 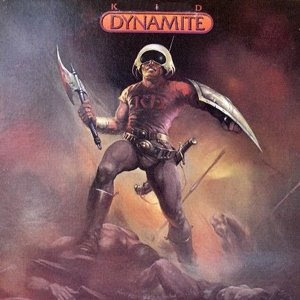 Funny band Kid Dynamite. They released two albums in 1976, both called Kid Dynamite. Well, thanks a lot. They got me confused. And there's so little known about these guys, that I couldn't tell you whether this is the first or the last. But anyway, it's very pleasant to the ears. So who's complaining. Thanks to Bigfootkit for rescuing this from the Robots For Ronnie blog (and thanks to Herr Richter for posting it). Both albums are great, though I prefer the other. Maybe it's because it's a better rip, without too much editing (using preset filters). This is the text used on Robots For Ronnie:
KID DYNAMITE is another one of those ultra mysterious bands whose story is murky at best. It is known that the band emerged in 1975 when two former members (bassist Dicky Thompson and drummer John King) of the STEVE MILLER BAND decided it was time to strike out on their own. Vocalist Val Garcia and guitarist Michael Mallen were later added and Kid Dynamite was born. Opting for a label who would allow the band total control over their direction, the band signed with Alvin Bennett's Cream Records in late 1975 and began working on their self-titled debut with producer Hal Winn at the helm. "Kid Dynamite" was released in January of 1976, but flagging sales and little label support abruptly killed the band at the conclusion of the year.
*Confusingly, Flightstream Records also released an album by Kid Dynamite that same year. Also entitled "Kid Dynamite", this 9 song album had a black & white sleeve featuring a design incorporating boxing gloves, and although it duplicated two songs from the other record, these were different versions.*
Very little is known about the members post-split activities, though Michael Mallen is rumoured to be teaching guitar in California.
This elusive gem is one that is often discussed in collector circles, but rarely ever recognized as a musically viable effort. I beg to differ. "Kid Dynamite" is a dynamic exercise in genre splicing which works effectively from start to finish. Blending blues, hard rock, soul and funk, the band shows off their musical chops throughout, with a notably scorching effort from Dicky Thompson in particular. Sounding quite similar to Joey Newman's hard soul act, BANDIT, the band merges the groove and conviction of classic funk with the forcefulness of 70's hard rock. The outcome is pretty spectacular and it's a real travesty that Kid Dynamite were merely a blip on the radar. Though this band is undoubtedly anonymous in all respects, some listeners may recognize the track "Uphill Peace of Mind", which was sampled and used by Dr. DRE (Nuttin But a G Thang) and ULTRAMAGNETIC MC's (Feelin' It) almost twenty years ago.
This one comes highly recommended for fans of soulful hard rock. This tweaked and cleaned vinyl transfer should satisfy ardent lovers of obscure 70's rock. Dig it...
Review by J. Richter
http://robotsforronnie.blogspot.com/
*Amended by Bigfootkit
http://guntherspaps.blogspot.com/
♫
And here it is...
Posted by Skydogg at 3/14/2009 06:04:00 PM 5 comments: 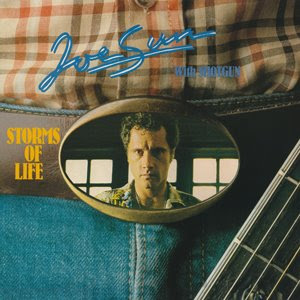 If, besides Southern Rock, you dig Outlaw Country music, you should definitely check out this record by Joe Sun. Though he's usually categorized as being a Country artist, on this album he gets rough and rowdy, and as dirty, vocally, as James "Jim Dandy" Mangrum. Excellent stuff, including a formidable "Folsom Prison Blues" and a neat cover of the Amazing Rhythm Aces' "Ella B". So if you're into Waylon, Hank Jr or Travis Tritt, go get this. Really.
Posted by Skydogg at 3/09/2009 09:12:00 PM 11 comments: 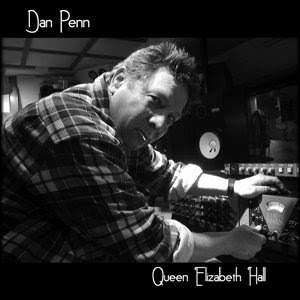 Soon after I first discovered Southern Rock, I also found the link with other Southern music. Like Southern Soul. And how a lot of people were both associated with Southern Rock as well as the Soul scene. With studios like Stax, Fame and Muscle Shoals, there was a lot to be learned from just inspecting back covers of those albums and reading books like Peter Guralnick's Lost Highway and Sweet Soul Music. People like Donnie Fritts, Don Nix and Travis Wammack. And of course the legendary Dan Penn. Singer-songwriter extraordinaire, responsible for classics like "I'm Your Puppet" and "The Dark End Of The Street".
Dan Penn's been mostly known for others recording his songs, but he's quite the entertainer himself. Not the outgoing kind, yet very charming just the same. And a great storyteller, as you will hear when the show starts and he tells the audience about how "Do Right Woman, Do Right Man" came about. If you dig the Amazing Rhythm Aces, then this is right up your alley. And I guess any Southern Rock fan would fall for "Memphis Women And Chicken". This is a short set, so give it a go.
Posted by Skydogg at 3/06/2009 09:19:00 PM 5 comments: 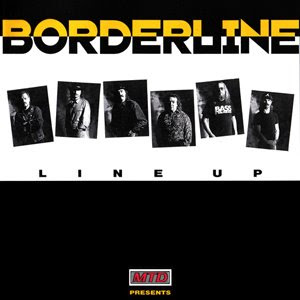 Recently German Southern Rocker Georg Bayer died. He was the singer of Lizard, which was the band he fronted as lead singer from 1986 on. During a period when things weren't going al that well with Lizard, Georg fulfilled his contractual obligations by recording with a bunch of guest musicians as Borderline. Amongst them were former Whitesnake guitarists Micky Moody and Bernie Marsden. But also Doc Holliday members Bruce Brookshire, Daniel "Bud" Ford, Danny "Cadillac" Lastinger and John Samuelson, and Jeff Carlisi (38 Special) and Rob Walker (Stillwater). So it's a bit of a star-studded affair. Sturdy Souther Rock, kinda similar to Doc Holliday.
This recording was provided to me by The BavarianSouthStateRocker! Ripped at 320 kbps it did however not feature the bonustracks of a later (also out of print) edition. I found that version on OLDANDNEW, but the bitrate was 160. So I just added the 4 bonustracks to this version. Another free bird gone, fly on!
Posted by Skydogg at 3/05/2009 07:25:00 PM 4 comments: 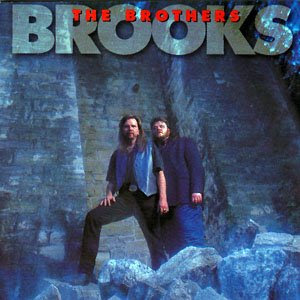 This is classic stuff, y'all. Serious business indeed. No matter what kind of Southern Rock you prefer, this is good for everybody. The Brothers Brooks were reminiscent of The Allman brothers Band, without taking it all over the place. More accent on songs rather than improvisation. Some good steady rocking going on here. Magnificent guitar playing by Tim Brooks and gorgeous vocals by his brother Gregg (reminding me of Gregg Allman in superb form).
I actually saw these guys back in 1994, playing a real small club in Groningen, The Netherlands. They were touring Germany and wound up in that pocket size bar, doing a show free for the audience. I had never heard of them, but a friend of mine worked at that place and told me I should definitely check them out. Boy, was I glad I did. They blew me away. I wound up drinking a beer with Tim Brooks after the gig. They were from Macon, Georgia and he could tell some great stories about the time when Capricorn Records were the biggest thing in town. And when bands like Grinderswitch, The Allmans, Wet Wilie, etc would all hang around.
After this album Tim formed a new band Tim Brooks & The Alien Sharecroppers. They released two great albums, equal to this effort. Alas without the strong vocals of brother Gregg. I wonder what happened to him. And, for that matter, what happened to Tim. Cause it's been way too long since he's released anything at all. If anybody out there knows anything about their current whereabouts and whatabouts, let me know. I'm curious as hell. Ride the gravy train.
Posted by Skydogg at 3/03/2009 08:10:00 PM 8 comments:

Email ThisBlogThis!Share to TwitterShare to FacebookShare to Pinterest
Labels: The Brothers Brooks, Tim Brooks And The Alien Sharecroppers 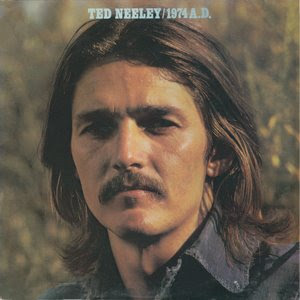 Yes, Ted Neeley. Yes, mr. Jesus Christ Superstar himself. Yeah, so?! He's from Texas, you know?! So it's all justified posting his album on my weird little blog. And it's a fine album for sure. Though unmistakeably Jesus (the one from the soundtrack of the movie...), at times his singing reminds me of Stephen Stills (yes, also from Texas). The music is very versatile. It's got Rock, some Country (very little) and frequently has a Southern flavor as well. I suggest you just go try this out. I'm betting you won't be disappointed. Hallelujah!
Posted by Skydogg at 3/02/2009 08:25:00 PM 4 comments:

The Radiators - Recommendation of the month 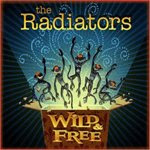 A couple of weeks ago Dan Phillips recommended The Radiators to me. He runs the Home of the Groove blog, which is all about the New Orleans Groove. I had never heard of The Radiators, but I love New Orleans music like Dr. John and The Meters. So I was interested.
Then I got a message from Jay Rosenberg of Radz Records, who does publicity (among other things) for The Radiators, telling me I would probably like their latest release, "Wild & Free". Lucky me got sent a copy, and for sure: me like it lots!
Now I don't mean this blog to be a platform for advertising, but if it's good, it's good and I will recommend it. And this is. Listening to it first time around I was reminded of The Meters, Willy DeVille, and Los Lobos, but with plenty Southern rocking going on and enough accent on instrumental excursions.
I am allowed to post two tracks, so check out "Like Dreamers Do" and "Suck The Head".
I found this video of "I Don't Speak Love" on YouTube, where there is lots more Radiators stuff to be found. But for easy access, start here:

Email ThisBlogThis!Share to TwitterShare to FacebookShare to Pinterest
Labels: The Radiators
Newer Posts Older Posts Home
Subscribe to: Posts (Atom)
The music posted on Skydog's Elysium is either out of print or very hard to obtain. You are encouraged to buy anything you like, if available at all. If you are the owner of music posted here and want it removed, send a message and I will comply.