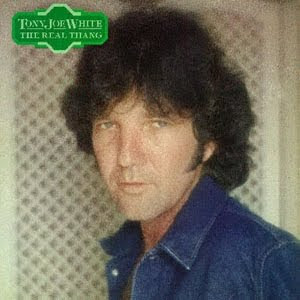 Like many Rock musicians in the late 70's, Tony Joe White too got bitten by the Disco bug. And whereas many accused Tony Joe White of selling out, I quite enjoy late 70's flirtations of Rock music with Disco. In Tony Joe's case that would be Swamp Rock with Disco, cause he still sounds swampy, despite the definite Disco beat. And there's some great songs on this album as well. A few remakes of older songs and one that he'd later re-record. And over all a very happy record. Brought a smile to my face for sure! This is a rip I found on the web. I don't know who ripped it, but it's done beautifully. Thanks! So, if the idea of Tony Joe White incorporating Disco doesn't seem like that bad a deal at all, you will not be disappointed with this record. Throw yourself a party and do some booty bumping to this instead. I know I will. Cause I get off on it..
Posted by Skydogg at 10/29/2009 09:42:00 PM 5 comments:

The Ozark Mountain Daredevils - Heart Of The Country (1987) 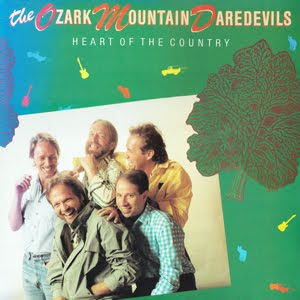 The Ozark Mountain Daredevils were always slightly more on the Country Rock side of Southern. And maybe therefore being dismissed as lightweight, not worth investigating. But the OMD made some pretty exciting albums in the 70's. And then came the 80's. Like any other Southern Rock band around that time, time came for a change (for the worse, if you ask me). And The Ozark Mountain Daredevils also embraced that clean, lifeless musical approach. This album sounds at time like Jackson Browne's "Lives In The Balance", productionwise that is. "Heart Of The Country" has some good songs. But there are also a couple of embarrassing tracks featured here, which is mostly because of the sterile 80's production. Which is making the record sound terribly dated, and not aging well... Not my favorite OMD record (which is "The Car Over The Lake Album" from 1975), but it's a nice addition for any OMD fan. Wilder Days?
Posted by Skydogg at 10/27/2009 06:56:00 PM 4 comments: 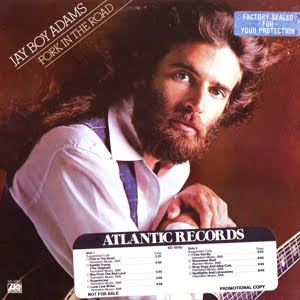 Texan Jay Boy Adams is a singer/songwriter who has released three solo albums. "Fork In The Road" is his second. and it's a great mix of Country Rock and Southern Rock with some West Coast thrown in for good measure. It has a rather slick production but, since the music sounds passionate and driven, that's not a problem at all. What you get is a good sounding record with plenty good songs and some fierce picking. A couple of times the guitars will remind you very much of The Allman Brothers Band, and some vocals harmonies that would make the Eagles go "ooooohh!" (Jackson Browne and David Lindley guesting on this album). I do wish I had a mint copy of this to work with, because the vinyl I worked with for this rip was a bit too worn. Better still, somebody should release this on CD. For his third release the world would have to wait 30 years, 2007's "The Shoe Box". Jay Boy Adams was also a part of Southern Rock supergroup Brothers Of The Southland, which released a wonderful album in 2009, called "Brothers Of The Southland". Buy it. And listen to this record. Superkicker!
Posted by Skydogg at 10/23/2009 12:08:00 AM 3 comments: 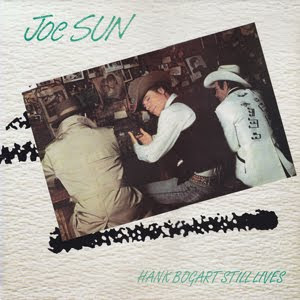 "Hank Bogart Still Lives" is Joe Sun's most Country sounding album. But as Joe himself explains in the liner notes, he had a bit of a theme going on here. Apparently this is the result of a decision to dedicate an album to everything he and his friends loved about the good ol'days, when Hank Williams and Humphrey Bogart were the hottest thing in town. If you know Joe Sun, you'll love this, regardless the theme. If you don't, you may want to check out his "Storms Of Life" album first. I think that's the record that will enthuse Southern Rock fans the most.
☺ 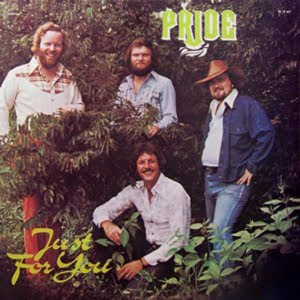 This album by Pride was requested by thebavariansouthstaterocker and kindly provided to Skydog's Elysium by Jacques and Luc. Thanks! "Just For You" appears to be the sole release by this quartet. Besides it being offered on Ebay, I could find no information on the band or this release. It appears to be an independent release, recorded in Nashville, with no year of release mentioned on the sleeve or label. The music has some Southern Rock influences, though it's mostly straight up Country Rock. Of the happy kind. All songs are originals by the group. The band members are: Ric Simpson - guitars & vocals, Roger Smith - bass, acoustic guitar & vocals, John Lovins - piano, organ, moog, strings & vocals and Chris Peak - percussion. Several musical contributions made by guest musicians. All information can be found on the scans of the sleeve, added within the file. If someone out there knows anything about this band at all, please share it with us. It's a nice obscure find. Just for you.
Posted by Skydogg at 10/16/2009 08:45:00 AM 4 comments:

Email ThisBlogThis!Share to TwitterShare to FacebookShare to Pinterest
Labels: Pride 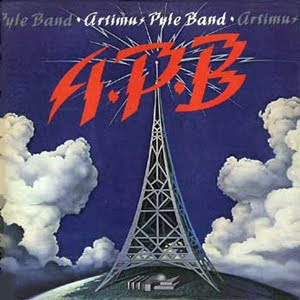 "A.P.B." is the Artimus Pyle Band debut. While the other Lynyrd Skynrd survivors all joined forces in the Rossington Collins Band, Artimus Pyle started his own group. Musically it's closer to 38 Special than Skynyrd, and if you like that type of Southern Rock (heavy on the A.O.R.), this should well please you. I prefer this release over the "Nightcaller" album, which besides the music itself is also because here all songs are sung by a male singer (I don't care for female Southern Rock singers, sorry..). Nice album. Makes More Rock...
Posted by Skydogg at 10/07/2009 08:11:00 AM No comments: 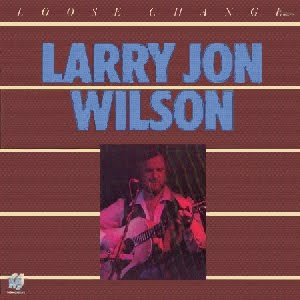 Aaah, that wonderful voice of Larry Jon Wilson. What the hell is wrong with the world? These Larry Jon Wilson albums from the 70's are like the crown jewels of Outlaw Country music, they should be available to all. But they're not. So, I'll gladly inform y'all on this lost gem. "Loose Change" is album number three by Larry Jon, and like "New Beginnings" and "Let Me Sing My Song To You" it's more of the same. Greatness that is. Sometimes the arrangements are a little lush, but there's always enough raw beauty and substance to keep the music enthralling. The rip is less perfect than the previous two, so if anyone out there has a clean copy, please holler. Also, I'm still looking for "Sojourner".
In 2008 Larry Jon made his first new album since "Sojourner" from 1979. Called "Larry Jon Wilson", the album doesn't resemble his 70's albums very much. Still very good, but since the instrumentation is stripped down to the bare essentials, it's less interesting to me. I love the big arrangements of these albums much better. Well, that's just my humble opinion, you be the judge yourself. It's still available so check it out. He's still got that amazing voice. For now, all I need is some Loose Change..
Posted by Skydogg at 10/03/2009 09:17:00 AM 3 comments:

Email ThisBlogThis!Share to TwitterShare to FacebookShare to Pinterest
Labels: Larry Jon Wilson
Newer Posts Older Posts Home
Subscribe to: Posts (Atom)
The music posted on Skydog's Elysium is either out of print or very hard to obtain. You are encouraged to buy anything you like, if available at all. If you are the owner of music posted here and want it removed, send a message and I will comply.