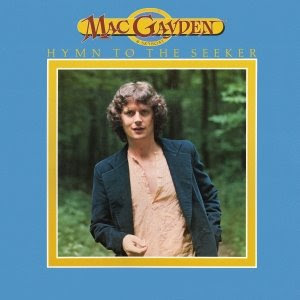 Mac Gayden was one of the original members of Barefoot Jerry and before that of Area Code 615. Both bands consisted of country session pickers with a knack for rock and roll. Though slightly offbeat. And using whatever influence necessary for creating exiting music. A footnote in Southern Rock, especially Barefoot Jerry were an eclectic force to be reckoned with. A shame hardly anybody noticed (though Charlie Daniels did mention them in 'The South's Gonna Do it Again').
After Barefoot's debut Mac went on to become a solo artist, releasing three albums in the 70's. This one, 'Hymn To The Seeker', is my favorite. It has a bit of a hippie-feel to it, but it's also very adventurous and all good fun. Play this in the garden while you're BBQ-ing with some friends in the sun. It's a treat!
When I was about to make a new rip of this, I searched if it wasn't already circulating. Turns out it was, but all I could find were some dead links. So I ripped it at 256 kbps. It turned out very nice, but after I was done I found the other version. I grabbed that one, and I must say that one is very good too.
Anyhoo, here you have it.
Posted by Skydogg at 7/30/2008 04:45:00 PM 1 comment: 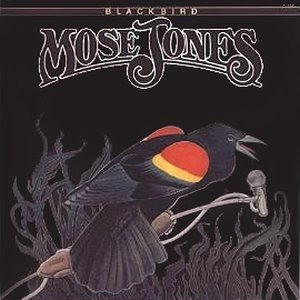 Mose Jones. Their third album. Half the line-up changed and the music took a left turn. But not for the worse. Though very slick, this is pretty cool. Good musicianship, leaning towards Toto (as in its slickness) and the like, and better songs than Mose Knows. This has as much to do with Southern Rock as funky fusion. But tasty picking, southern alright, and finally getting the chance to get familiar with the Mose Jones legacy.
Apparently they recorded another album for RCA after this one. I'm praying that one will ever come up floating. And I still need the first one, 'Get Right'. Sounds Of The South?
Posted by Skydogg at 7/22/2008 10:26:00 PM 2 comments: 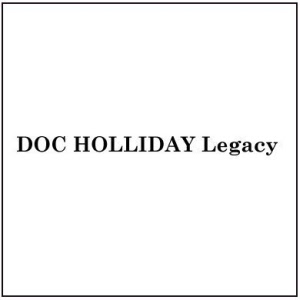 Doc Holliday hasn't had the recognition it deserves, I feel. Though they made a couple of uneven albums, some are amongst the classics of Southern Rock.
This album has been out of print for a long time. Actually, I couldn't even get a copy right after its release. But I got one. And now you do too. It's one of their finest as well (besides the first two and the live album). So until a re-release, enjoy. 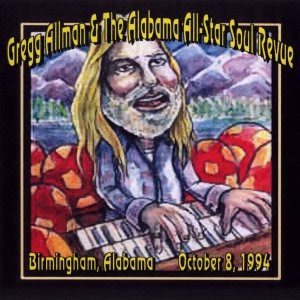 This is the Gregg Allman live album to have. Unfortunately it has never been released, but it's circulating amongst traders. This is Gregg doing his Southern Soul thing. And it's red hot and cooking. Great sound, great band, great tracklist. It's much better than any official release. Smokin'.
Posted by Skydogg at 7/22/2008 05:31:00 PM 8 comments:

Email ThisBlogThis!Share to TwitterShare to FacebookShare to Pinterest
Labels: The Marshall Tucker Band 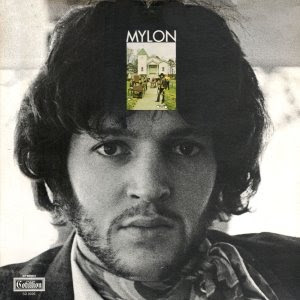 Alright, it's gospel-time, ya'll! Well, sort of. This album by Mylon LeFevre is undeniably gospel-related. Hell, he sings about God and all. But don't let that spoil your fun. I won't, and I really love this album. And it's definitely very much Southern Rock!
Mylon's family were The LeFevres, a famous gospel group. But Mylon first needed to put his faith to the test, I guess. So he did the rock 'n' roll thing. And quite good too. This LP, Mylon (also known as 'We Believe'), from 1970 is easily his best. Another nice one is 'Weak At The Knees'. Though that LP cover would scare most any human being off. Since the eighties he's refound his faith, and more so than ever. He's recorded some very slick gospelrock CD's, stuff you really don't need to hear (yes, that's my opinion!) throughout the eighties and nineties. He's now a preacher man. ... have mercy... 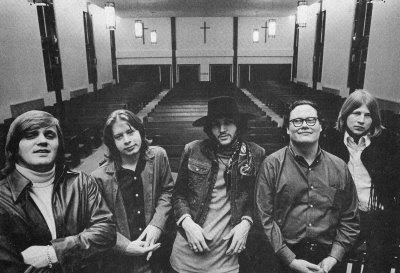 I thought this photo was too good to be true. Players on this album are: Mylon LeFevre, Kim Venable, Barry Bailey, Auburn Burrell, Dean Daughtry, Ron Graybeal and Paul Goddard (quite some Atlanta Rhythm Section pickers). The recording engineer was Rodney Mills, the record was produced by Allen Toussaint.
Posted by Skydogg at 7/16/2008 05:33:00 PM 8 comments: 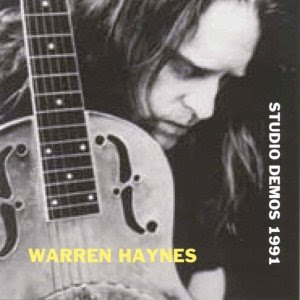 Here are the demos Warren Haynes made for his first solo album Tales Of Ordinary Madness. What can I say about this, other than: these are essential recordings for any Southern Rock fan. I believe Warren must be the savior of Southern Rock. Cause it was at a dead-end before Warren joined the Allman Brothers, as far as I'm concerned. Check out the Wintertime Blues CD, a modern day Volunteer Jam with lots of really cool guests...
These demos circulate widely across the internet. But if you haven't already got these, by all means, get them quick! Personally I prefer this album to most Gov't Mule albums (though Deja Voodoo is in a same class). Some Ordinary Madness, no ordinary songs. Red hot and cookin'!
Posted by Skydogg at 7/09/2008 09:19:00 PM 3 comments: 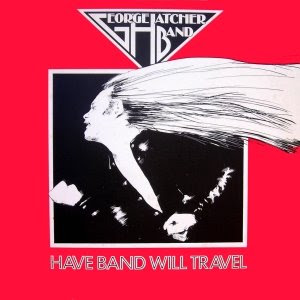 Yep, it's George Hatcher. Again... Yeah!
This is the 10" EP Have Band Will Travel. It's a live effort which features 4 tracks. It's also very much sought after. And thanks to Mawos we now at last get a chance to listen to it. It wasn't Mawos' rip, but he sent it to me. It suffered from a nasty ground hum. I did my best to fix it as best as I could, but there are still places where it's audible. If I tried to fix that, it would mess up the recording. It's not as bad as I make it sound, though. But if at anytime a better source becomes available, I would surely check that out too.
Back to the music: it's good ol' Southern Boogie. And you just gotta love George's voice. And band. So, get it!
Posted by Skydogg at 7/08/2008 08:10:00 PM 3 comments: 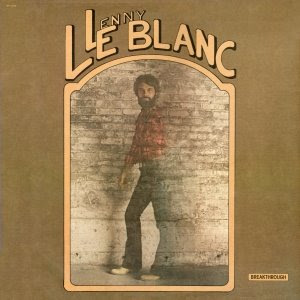 This is a happy album for ya. Lightweight, some gospel influence and some tasty playing by the folks from Muscle Shoals Sound Studios. Produced by Barry Beckett in 1981, this was the second and last Southern Rock album by Lenny LeBlanc (besides an album with guitarist Pete Carr from 1978). From then on it would mostly be christian music.
I would buy this album if I could get a CD copy. But they are no longer commercially available, and second hand they come at rather high prices. So I hope you will enjoy this album rip.
Posted by Skydogg at 7/08/2008 06:57:00 PM No comments: 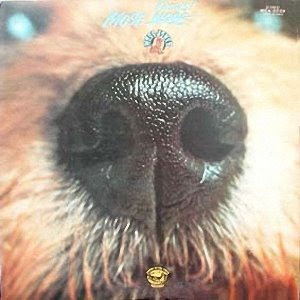 Ha ha. Knows, nose... Yeah right. Ha! Nice nose, though. Anyhoo, what we have here is another essential piece of the puzzle of the history of Southern Rock. From back when southern had merely a geographical meaning. And Southern Rock might as well have been so recognizable because in the South every genre got mixed. And that attracted people from all places, from Eric Clapton to Rod Stewart. To make great music with them southern guys.
That's when the label 'southern' really started have commercial meaning. And only then would the rest of the world learn. Slowly.
But in the early days Southern Rock was a lot less bound by rules. There was no genre or image then, these guys were just making music. Still, you could hear a familiar sound in all different types of bands. From Marshall Tucker to Blackfoot, from The Allmans to Barefoot Jerry, and from Charlie Daniels to Black Oak. Oh, and then there's the attitude. That too.
One of the first 'southern' labels to emerge after 'Capricorn' was 'Sounds Of The South'. Distributed by MCA, this label was set up by Al Kooper. He was the one who gave us Lynyrd Skynyrd. And they were recommended to him by a band he had already signed: Mose Jones.
This is Mose Jones second album, 'Mose Knows'. I'm really happy to finally get a chance to listen to this myself (thanks Tyrone), cause the Mose Jones albums are not that easy to find. I like the album, though I can see why Skynyrd made it and...
At times the sound is somewhat reminiscent to Marshall Tucker. So, it's all good vibes and mellow rocking. And it made me thirsty. Cheers!
Posted by Skydogg at 7/02/2008 09:42:00 PM 5 comments:

Email ThisBlogThis!Share to TwitterShare to FacebookShare to Pinterest
Labels: Mose Jones
Newer Posts Older Posts Home
Subscribe to: Posts (Atom)
The music posted on Skydog's Elysium is either out of print or very hard to obtain. You are encouraged to buy anything you like, if available at all. If you are the owner of music posted here and want it removed, send a message and I will comply.