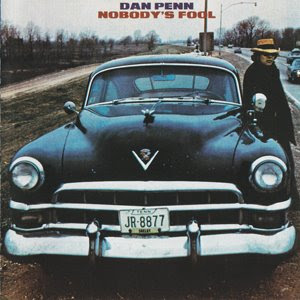 This is the legendary debut album by Dan Penn. And quite a little treasure trove it is too. Most people will know Dan Penn songs, without knowing Dan Penn. He's written some of the greatest Soul tracks for people like Aretha Franklin, Solomon Burke and James Carr. But he is a wonderful performer in his own right just as well. The music is pretty much in between Soul and Singer Songwriter, accompanied by some cats from Muscle Shoals and, as always, by his friend, keyboard player and co-writer Spooner Oldham.
If you dig Southern Soul and people like Townes and Guy, then this should be very pleasing to the ears. And very much recommended to all Amazing Rhythm Aces fans! He also has a fine sense of humor, as can be heard in the excellent "Tearjoint", a great spoof on Country tearjerkers.
This album was hard to get from the time it was first released and has since been discontinued by the manufacturer. Which is a pity, for sure. Classic album.
Posted by Skydogg at 4/30/2009 10:45:00 AM 3 comments: 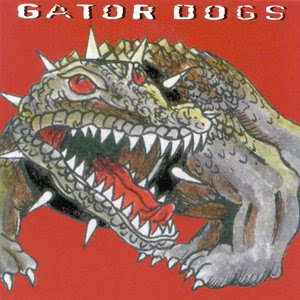 Well, you got me here. I don't know the first things about this band. I got this CD sent to me a few years back, and I can't remember who sent it to me to begin with. So maybe some o' y'all could help me out here.
The music is for Hank, Jr. fans, it's mostly Country Boogie. Very well done, and great for drinking lots of beer. And since summer seems to be coming on quite nicely, this is just what the doctor ordered. Salud!
Posted by Skydogg at 4/16/2009 03:52:00 PM 2 comments: 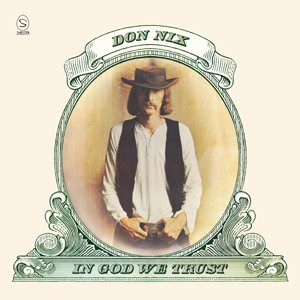 Happy Easter all. And this year's Easter bunny is Don Nix. And why not?
"In God We Trust" is Don Nix' first solo album. Before this he was already a bit of a legend in his own spare time. He played sax in The Mar-Keys, a famous studio band for the Stax label. He played with The Alabama State Troopers and has been involved with many interesting artists as a producer. And then he made a few albums on his own. Which is something he still does occasionally.
I'm a bit ashamed that, until now, I've almost always dismissed this album as being a lazy and lackluster affair. Cause it's not that at all. Sure, Don sounds lazy. But there's a lot of spirit in this album. Very down home it is too. He's being accompanied here by the Muscle Shoals Rhythm Section (you can write me for their names...). It sometimes has a hippy vibe to it. But it also rocks in its own sweet time. I think you should just give him a try. I thought it was quite inspiring. Oh, it also features Furry Lewis on slide guitar and funny little raps. Just so as you know.
Posted by Skydogg at 4/12/2009 11:10:00 PM 5 comments: 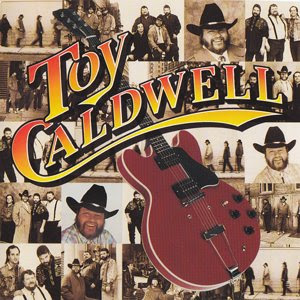 The late, great Toy Caldwell made one solo album in his life (though posthumously a live CD was released in 1998). Of course we all know and love him from his work with The Marshall Tucker Band, where his characteristic guitar style was center point of attention. You could always tell Toy's playing.
This album was later re-released as "Son Of The South" on Charlie Daniels' Blue Hat Records. The difference was that it featured a bonus track, a live version of "Can't You See". Also it had a really ugly cover. Both are now out of print. This version, the one that I have, is the original. So without the bonus. Sorry for that. Still, it doesn't matter much to me. This album was really fine as it was. Great classic Southern Rock, with guest appearances by Gregg Allman ("Midnight Promises"), Willie Nelson ("Night Life") and Charlie Daniels. Toy has passed away, but the music lives on. Remember this ol' cowboy.
Posted by Skydogg at 4/05/2009 09:36:00 AM 10 comments: 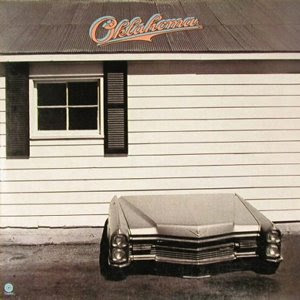 Brother Luc to the rescue, with this great rip of Oklahoma's only LP, released in 1977. Like the band name, Oklahoma is also the name of their album and the state they're from. And it's a really fine piece of work. Martin Popoff didn't care much about this record, but I wholeheartedly disagree with him. I love it. If you dug Buckacre or Boatz, then this is for you. As in slightly poppy and commercial Southern Rock. But very entertaining. I really love the song "Tracy", which is a typical 70's exercise in funky pop. And some immortal lines to go: "Tracy's gone spacey and walked out the door, and the junkies aren't funky no more". Brilliant.
Posted by Skydogg at 4/04/2009 08:00:00 PM 4 comments:

Email ThisBlogThis!Share to TwitterShare to FacebookShare to Pinterest
Labels: Oklahoma 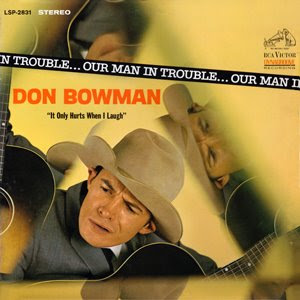 Well, it's April Fools' Day. So, I won't kid you any longer and admit that this post is really just a joke. A mighty funny one though. That is, if you like Comedy. And old-time Country Comedy at that. And even though I'm not all that crazy about that zany, corny 60's Comedy stuff, I do have a soft spot for Don Bowman.
I learned about Don because I really dig Waylon Jennings a lot. And Don Bowman used to be a DJ in Lubbock, like Waylon. And he co-wrote "Just To Satisfy You", which was an old hit of Waylon's. And probably just about the only serious thing he ever did.
Don Bowman records are funny. But if you think there might be some worthwhile music on this too, think again. Don Bowman is the World's Worst Picker. Even if he was endorsed by Chit Akins. That'll never sell records!
Posted by Skydogg at 4/01/2009 07:12:00 AM 4 comments:

Email ThisBlogThis!Share to TwitterShare to FacebookShare to Pinterest
Labels: Don Bowman
Newer Posts Older Posts Home
Subscribe to: Posts (Atom)
The music posted on Skydog's Elysium is either out of print or very hard to obtain. You are encouraged to buy anything you like, if available at all. If you are the owner of music posted here and want it removed, send a message and I will comply.