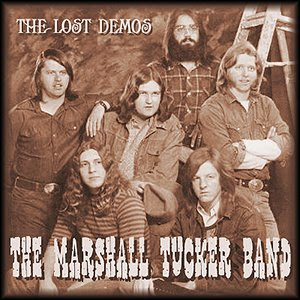 There's not a lot of unreleased MTB material circulating, and these demos have been circulating widely. But they are so charming, and they fit right in with this here little ol' blogspot, so here you are.
First off are three songs recorded at Studios-Greenville in South Carolina. Where else? Included is a real early version of the Toy Caldwell classic 'Can't You See'. And just like Lynyrd Skynyrd, The Marshall Tucker Band also cut some demos at the Muscle Shoals Sound Studios in Sheffield Alabama. One song we haven't heard before or since is called 'Cookin'', which is a very unlike-MTB instrumental. Nice to hear when they were still searching for that rainbow. Cause they sure found that pot of gold eventually. But not at this stage yet.
Closing this recording are three songs by Jerry Eubanks' former outfit, Southeastern Music Corporation. This is a more r&b influenced band, that plays 'Rainy Night In Georgia' and Santana's 'Evil Ways'. Groovy.
It's really nice to get some background information on MTB's origin. What with The Allman Brothers' and Skynyrd's past being so well documented in box sets, etc, it's about time MTB got a similar treatment. But until then, well, it's a beginning.
Posted by Skydogg at 9/29/2008 08:15:00 PM 2 comments:

Email ThisBlogThis!Share to TwitterShare to FacebookShare to Pinterest
Labels: The Marshall Tucker Band 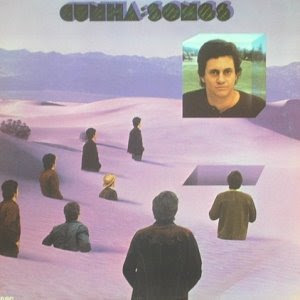 This is one of my all time favorite albums. It's also one of those albums that is virtually impossible to categorize. It's not Southern Rock, though 'Jesse James (Is An Outlaw, Honey)' sure comes close. It's not Country, though at times it is. Maybe Outlaw Country? Well, it's Waylon-endorsed. He sings back-up. But it's the exciting, creative side of Outlaw Country. And it's also Country Rock, though it has nothing to do with West Coast slickness or Nitty Gritty bluegrass.
Rick Cunha started out with a band called Hearts & Flowers, who were like the forerunners of Country Rock, along with the Byrds and the Dillards. Cunha left after their first album and wound up in Nashville, playing with Emmylou Harris' Hot Band. At that time he also recorded two solo albums, this one being the first. The second, 'Moving Pictures' was recorded in 1975, but wasn't released until 1980. After that I lost track, though I did have a radio broadcast of him doing Hawaii music.
This album, though, is really the one to have. It's an eclectic happening, but it's happening alright. It features the song 'Yo Yo Man' and has the only Country song I know of that lasts over ten minutes.
I was a little reluctant to rip this, since the vinyl I have wasn't in mint condition. But it turned out fairly okay. I just played it and I was loving every minute of it. So, give it a try. A little yo yo music...
Posted by Skydogg at 9/27/2008 09:23:00 PM 3 comments: 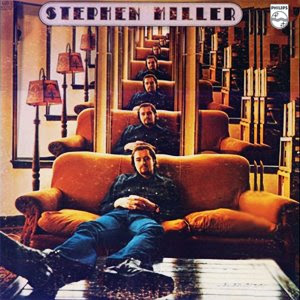 Don't nobody freak, this has nothing to do with Steve Miller. This is Stephen Miller, who most Southern Rock fans will know as the keyboard player/singer who joined Grinderswitch for their 'Pullin' Together' album (their third). Before that, Stephen played as 'Steve' on early records of Elvin Bishop. And on this album by Steve/Stephen, he is joined by Elvin on guitar. Also playing along is Bishop's harmonica player Applejack. So, the music on this record is more like the pre-Capricorn sound of The Elvin Bishop Group. A good blues rock album and very interesting from a historical point of view. The roots of Southern Rock alright.
Courtesy of Mawos, who provided the LP-rip. You all ears?
Posted by Skydogg at 9/16/2008 09:35:00 PM 8 comments: 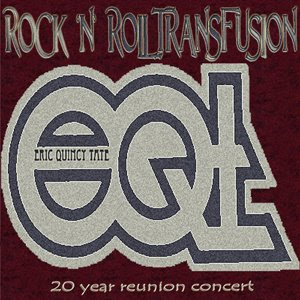 Eric Quincy Tate's live recording 'Rock 'N' Roll Transfusion' was a documentation of their 20 year reunion concert. As far as I can tell, it was never released on vinyl or CD. Only as a cassette tape on the Chiken Scratch (!) label. I had this sent to me as a gift a couple of years back (on CD), so I did not have the original artwork.
As for the recording, this sounds like a decent soundboard to me. It's Eric Quincy Tate, so you know what to expect. Barroom boogie all the way. Boogie baby..
Edit Sept 20 2008: Big thanks to Luc for providing us with the original cassette tape jacket: 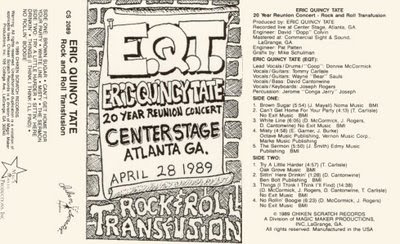 Luc is my hero of the month. Not just because of this contribution. No, better yet, he's gonna tell us all about George Hatcher (and whatever happened after his known carreer) soon in an interview for Bands Of Dixie. And since George is my all-time-favorite lost hero... I'll keep you posted!
Posted by Skydogg at 9/15/2008 07:52:00 PM 1 comment: 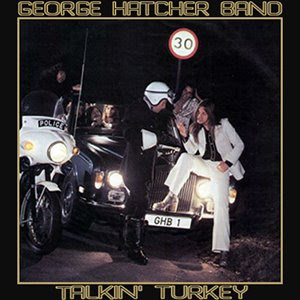 'Talkin' Turkey' is the second album by the George Hatcher Band. George Hatcher from Charlotte, North Carolina, made some of the finest Southern Rock albums I know of. Alas there were only 4 and a half. I (myself), like many others searching Google, have wondered often whatever became of the man. George Hatcher, where art thou?
Anyway, back to this album. It's yet another rock solid album. There's something about George's singing that soothes the soul. And he's got some. I'm in love with that voice. And the tunes are splendid too. Not too heavy but enough guitar antics going on to classify this as classy classic Southern Rock. Check out 'Forty Ford' and, well, check it all out. This is not my rip, though I did fiddle with it slightly. So, thanks to the original ripper, whoever you are. Talkin' turkey!
Posted by Skydogg at 9/14/2008 03:32:00 PM 2 comments:

Email ThisBlogThis!Share to TwitterShare to FacebookShare to Pinterest
Labels: George Hatcher
Newer Posts Older Posts Home
Subscribe to: Posts (Atom)
The music posted on Skydog's Elysium is either out of print or very hard to obtain. You are encouraged to buy anything you like, if available at all. If you are the owner of music posted here and want it removed, send a message and I will comply.