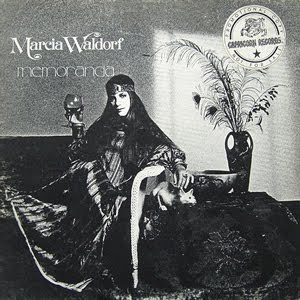 Marcia Waldorf released (as far as I can tell) only one album and did so for the legendary Capricorn label. Musically it's very much a Singer-Songwriter type of album. But a very good one, let me assure you. Fans of early (folky) Heart will eat this up, as will fans of artists like Carole King and such. So, how Southern is this? Well, it's got the Capricorn Rhythm Section playing along as well as some great guests. People like Chuck Leavell, Jimmy Nalls and Davis Causey (Sea Level) and Paul Hornsby. If you're in a reflective mood (or want to impress your woman with some thoughtful and easygoing tunes), this will definitely work. The woman's got a very pleasant voice, there are some good lyrics and well written songs. The rhythm of the South?
Posted by Skydogg at 6/28/2011 07:34:00 AM 2 comments: 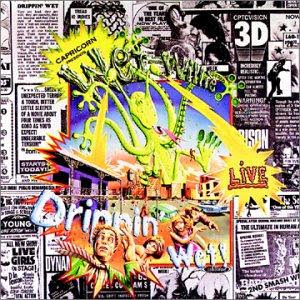 Here's a fine, raunchy Southern Rock & Soul show for ya. After having released two studio albums, Wet Willie turned in their third offering with this hot live registration. You can just imagine the sweat drippin' from your speakers. I'm at a loss for words. All I need is a beer and a Red Hot Chicken..
Posted by Skydogg at 6/20/2011 05:54:00 PM 2 comments: 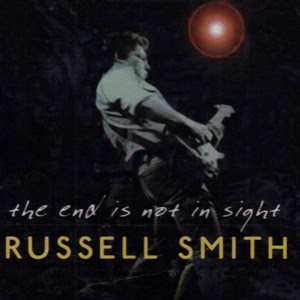 Another fine piece of Amazing Rhythm Aces singer Russell Smith. Now, Russell albums may be few (as are Amazing Rhythm Aces albums, considering the fact they have been around since the early 70's), but they're always worth the time to check them out. This is the kind of album that at first you might dismiss as average and inoffensive, give it a few spins and you'll soon realize this is plain craftsmanship. So, it's not 'all over the place', it's just good. Good songs, good picking and splendid singing (as always). Included here are a couple of re-recordings of Amazing Rhythm Aces classics that are pretty nice, though I prefer the originals.
I always listen to Russell Smith right before or right after listening to Dan Penn. You should try that. For those still in the dark: this is some of the finest Singer-Songwriter Southern Country Rock (all capitals!). Old school.
Posted by Skydogg at 6/15/2011 09:35:00 PM 2 comments: 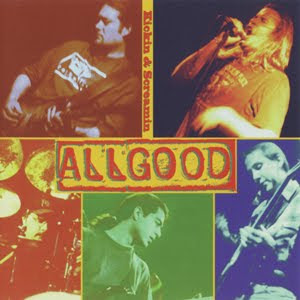 "Kickin & Screamin" is Allgood kickin' and screamin' alright. An infectious live show that shows very well just how good these cats were. Excellent Southern Rock and with deserved capitals too. There are just 5 songs here, it still has you toe-tappin' for 40 minutes. My favorite song on here would be the 16 minute long "Trilogy", with some fiery fiddle thrown in for good measure. Really, the whole album just makes you wanna go out, grab a case of beer and.. Oh well, you know what I mean. A great time to be had by all. Solid vocals and a band that sure knows how to get the crowd moving. Funky house.
Posted by Skydogg at 6/10/2011 07:20:00 AM 2 comments:

Email ThisBlogThis!Share to TwitterShare to FacebookShare to Pinterest
Labels: Allgood 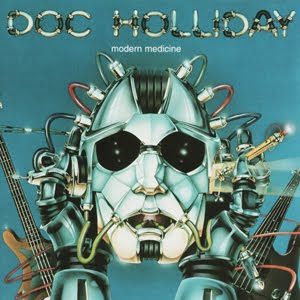 I guess you all know how I feel about the 80's and how, in my opinion, that period was just a really black page in the history of Rock & Roll. Doc Holliday have almost always stuck to their roots. Almost. Cause on this Mack produced album from 1983 they nearly blew it. All kinds of electronic sounds and an uncharacteristic production makes this a record a real strange piece of work. When listening to this, if someone told you this is Southern Rock, you would probably laugh right in their face. And who could blame you. But still, it's Doc Holliday, one of my favorite bands to this day. And if you try real hard, you might actually find something to enjoy. Who could say no to that raspy voice of Bruce Brookshire's? After this misstep they soon got their thing back together, playing their music the way we know and love it. But try this out. You might just have a good time after all. Doc Holliday has just finished their farewell tour and released their last album. So, buy that one. It's called "From The Vault" and has songs from their entire career that never made it to disc, both live songs, outtakes and all. Don't let "Modern Medicine" scare you off ;-)... Rock City!
Posted by Skydogg at 6/06/2011 07:00:00 PM 1 comment: 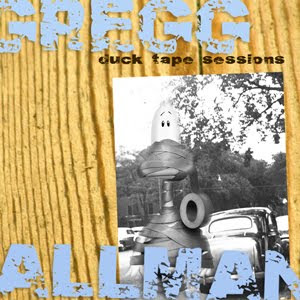 These are the recordings made at Johnny Sandlin's Duck Tape Studio back in 1995. They were meant to become Gregg's "Searching For Simplicity" album. Instead they all turned it upside down and wound with quite a less earthier sound than these tapes. Some people even call it being butchered into the end result. Maybe. Truth is that I prefer these recordings as well. And Gregg Allman is my main man anyway. The first 11 songs are the same as on "Searching...". Then, instead of "Memphis In The Meantime" and Starting Over", there's another song, which closes this album, called "Please Let Me Know". I know all of you people own the "Searching..." album, so this makes for some nice comparing. Hey, it's the real thang! House of Blues.
Posted by Skydogg at 6/01/2011 07:51:00 AM 6 comments:

Email ThisBlogThis!Share to TwitterShare to FacebookShare to Pinterest
Labels: Gregg Allman
Newer Posts Older Posts Home
Subscribe to: Posts (Atom)
The music posted on Skydog's Elysium is either out of print or very hard to obtain. You are encouraged to buy anything you like, if available at all. If you are the owner of music posted here and want it removed, send a message and I will comply.