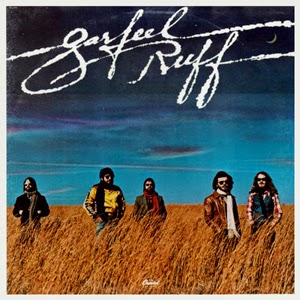 Formed in 1974, Garfeel Ruff were arguably the next best Southern Rock band to emerge from South Carolina to The Marshall Tucker Band. And they could've been just as big maybe, weren't it for the fact that they were only signed in the late 70's, when things weren't looking too bright for Southern Rock. This, their debut album, was released in 1979 and it's quite an impressive album. It's a shame they never got big (though they were a force to be reckoned with in South Carolina, playing with most of the Southern Rock elite), really. 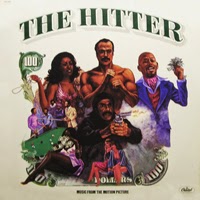 This is a great, tight band with excellent pickers: Ronnie Godfrey, Franklin Wilkie (later of The Marshall Tucker Band), Rickey Godfrey, Buddy Strong and Alan Pearson sure know how to create some of the finest music posted on this blog.
Songs that stand out: 'Starshine', 'Take A Look' and 'The Choice Is Yours'. The music is not too mellow and not too loud, but very classy all the same. Good vocals too! You can read the Garfeel Ruff story on Swampland.com.
I included a couple of bonus tracks from the soundtrack of the movie 'The Hitter', to which they contributed some songs. That movie was a blaxplotation realease, and the songs turn out somewhat funkier. Still, pretty good. Take a look...
Posted by Skydogg at 5/31/2014 04:54:00 PM 7 comments: 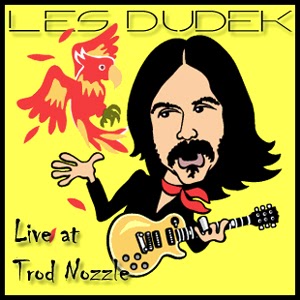 Excellent, albeit short, performance by Les Dudek on this SBD recording from 1978. Live at Trod Nossel Studios in the same year as he would release 'Ghost Town Parade', this is something of a must-have alright. The quality of the recording is pretty good, but the best part: of the five songs played here, only one song ever made it onto any LP/CD. These are the kind of treasures I crave. Makes me wonder whether there might be unreleased demos out there? More SBD's? Anyway, what we have here is a wonderful little show, obviously very well played and it features some great songs. It kicks off with 'Me & My Guitar', a funky tune with nice vocals. 'City Magic' from his debut album follows and is done nicely. Next up 'The Night It Snowed In San Fransisco', of which Les says he hopes it will make his next album (it didn't) and it's a track that would do beautifully (small wonder?) in an Allman Brothers live set. Then we get a Les rendition of the Blues classic 'Red House'. Nice. Rounding up this recording is a song called 'Street Sweeper', a short instrumental. All in all, this is the kind of thing that makes me want to write a blog ;) I'm hoping this post will have people start digging out their collections for more of Les, SBD's and demos? That would be great! Street sweeper...
Posted by Skydogg at 5/18/2014 11:12:00 AM 5 comments: 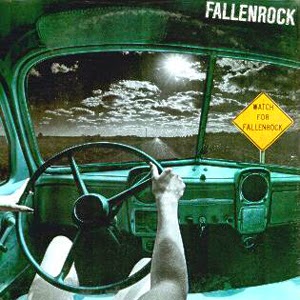 Back to '74 for another lost gem on the Capricorn label. This was the only album by Tennesseans Fallenrock, a fine piece of lightweight Southern Rock. It has a breezy summer feel to it, sometimes reminiscent to West Coast Country Rock, this has quite a bit more substance to it. I really love all the songs, make me wanna sing along. Fallenrock featured Rafe VanHoy, who would turn out to be quite a prolific songwriter. Don't expect anything like The Allmans or Blackfoot. It's all rather sweet, but in a good way. Nice harmonies, great playing and memorable songs. Watch for Fallenrock.
Posted by Skydogg at 5/01/2014 10:39:00 PM 4 comments:

Email ThisBlogThis!Share to TwitterShare to FacebookShare to Pinterest
Labels: Fallenrock
Newer Posts Older Posts Home
Subscribe to: Posts (Atom)
The music posted on Skydog's Elysium is either out of print or very hard to obtain. You are encouraged to buy anything you like, if available at all. If you are the owner of music posted here and want it removed, send a message and I will comply.