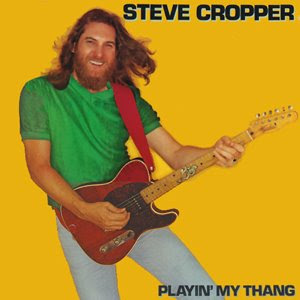 Steve Cropper is best known as session guitarist for Stax Records and part of Booker T. & The MG's. He's played besides people like Otis redding, Sam & Dave and Wilson Pickett. He also features in both Blues Brothers movies as 'The Colonel'. And he co-wrote "In The Midnight Hour" and "Sittin' On The Dock Of The Bay". Whoa!
Having played such an important role as sideman to lots of Southern Soul stars, it's no surprise this solo album isn't gonna blow your speakers. But this second Steve Cropper solo album is an album well worth checking out. Hey, if you dug the Cate Bros, you should definitely give this a spin. Let the good times roll...
Posted by Skydogg at 10/31/2008 07:02:00 PM 4 comments: I had lots of good reasons for wanting this. First off, it's got Pete Carr picking that guitar. Pete's early recordings include The Hour Glass (on which he played bass), but later on he became a sought after session guitarist, regularly playing for Capricorn Records. This Boatz album is a Capricorn release too. Furthermore, Pete's released a couple of smoking solo albums and made an album with Lenny LeBlanc. All of which I liked lots. So, sounds good so far. Right?
Well... If by now you were expecting a classic Southern Rock album, think again. Classic, yes. Southern Rock, hardly. Very good Southern Pop, sure.
I've read it being compared to REO Speedwagon, and I can very well live with that. So this entry gets in by connection (Pete Carr & Capricorn Records), and it sure satisfied my curiosity (didn't kill me). It's a great little record. The rip was provided to me by Nozmokinh (big thank you!), I did a little manual editing. Take a ride.
Posted by Skydogg at 10/29/2008 06:38:00 PM 1 comment:

Alright, now sit back and enjoy this excerpt of the wonderful Heartworn Highways documentary. This is Larry Jon Wilson recording Ohoopee River Bottomland in the studio. Larry Jon knows what he wants and he's quite the presence.On top of that, it's a really great song. Some funky country.
Heartworn Highways is a great documentary about some Southern singer-songwriters, like Townes and Guy, but also features The Charlie Daniels Band. I posted another video of this DVD earlier by Barefoot Jerry. So, if you liked that and you love this, then go out and buy it. It's still available and worth every penny.
Now, watching this got me wanting those old Larry Jon Wilson records. Anybody got a good rip of those?
Posted by Skydogg at 10/22/2008 08:51:00 PM 4 comments: 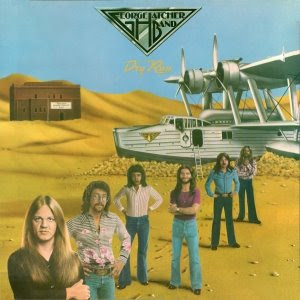 Well, I guess by now it's no longer a secret that I think that George Hatcher is one of the greatest unsung heroes of Southern Rock. C'mon you people, download all you can by George Hatcher. Then start mailing labels, such as Wounded Bird, about how wonderful this world would be if all Hatcher albums would be released on CD. Great as some LP rips may be, I'll gladly pay for a genuine digital replacement of my old albums. And then the next thing, of course, would be to get George out of his retirement. Obviously, we first need to know his current whereabouts (North Carolina, anyone?). And then convince him to start singing again. We can do it, if we put our minds to it. Yes, we can!
Enough politics. This is the first George Hatcher Band release. Based in the UK and recording for United Artists. George always had a great Feat-esque groove to his brand of Southern Boogie. And the arrangements are really well worked out. And just when you think it's straight ahead rock, there's a twist and a bend. It's all highly original, though not at first glance. With George Hatcher, you gotta take a chance. And let it grow. Cause it will grow on you. You have my word.
Posted by Skydogg at 10/19/2008 09:47:00 PM 9 comments: 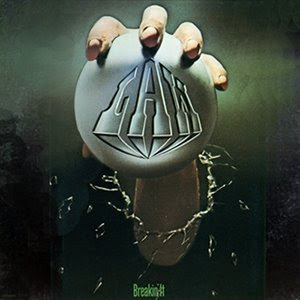 Well, I sure got lucky. In the last week I got offered the second Law album 'Breakin' It' twice. Both mr. Dixie and, while I was standing at the crossroads, by Nozmokinh. I thank you gentlemen both! It is very much appreciated. I took the one and tried my best at cleaning up the sound. The results are very satisfactory when listening on your home stereo. On an mp3-player, however, you can't help but notice a lot of hiss and crackle. Just like the vinyl of the first Law album, which was my own. Guess Law music is just too much of a good thing that makes you want to party hard to, boogie with your baby and drink more than you can stand. And wreck the vinyl in the process... (If anyone out there thinks he can update these to better versions, please, contact me through e-mail)
Cause that's it with Law. It's funk rock you want to enjoy with friends and beer. And while their first album had an undeniable Southern feel to it, on this one it's a long stretch. This is Funk Rock, very 70's! Guess I don't mind a little stretchin'. This is fun music, really well played and extremely enjoyable. Take this. I'm funked!
Posted by Skydogg at 10/17/2008 07:23:00 PM 1 comment: 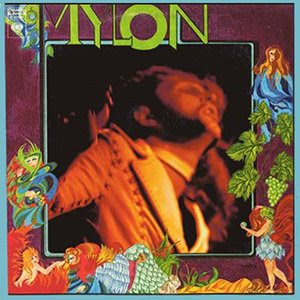 I know some of y'all did enjoy the 1970 album 'Mylon' (also known as 'We Believe'), on which Mylon LeFevre left his straight up Gospel behind in favor of some classic down home Southern Rock. On 'Holy Smoke' he follows up on the promise, and doing so quite well. It's definitely old school/vintage Southern Rock, but it's top of the line. Mylon would continue his Rock & Roll show until the early 80's, after which he committed himself full-time again to Gospel. And leading a ministry of course. What a great voice, though. What a lucky guy God is... Holy smoke!
Posted by Skydogg at 10/11/2008 03:38:00 PM 9 comments: 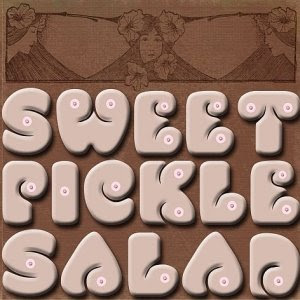 Guess most people would be wanting this recording of Sweet Pickle Salad because of The Black Crowes connection. I came across it while looking for Andy Sturmer (Jellyfish) related recordings. I never was a Crowes fan, but I was pleasantly surprised at how great a Southern Rock recording this turned out to be. Maybe it helped having mr. Sturmer around, maybe I should just revise my point of view regarding The Crowes... This is great. If you haven't got, by all means, get it.
Posted by Skydogg at 10/10/2008 10:19:00 PM 4 comments: 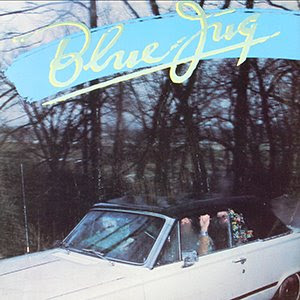 One of my earliest posts was the Capricorn debut album by Blue Jug (or Blue Jug Band, as they're sometimes referred to). Thanks to Mawos (happy birthday buddy!) we now get a chance to sit down and listen to part two of their career. This would also be their last outing. Unfortunately the vinyl is far from perfect. But if you just listen to it on your stereo (instead of using earplugs with an mp3-player) it's really alright. If anyone can get their hands on a clean copy, please, do inform me...
So, how about the music? Well, I thought the first album sounded a lot like The Band. This album sounds less like The Band and more like a really good Southern Rock album, with heavy leanings towards Country Rock. I read about Blue Jug on Allmusic, and they're wrong about this being a re-release of their 1975 debut. It's all new and it's all good. Instead of Buddy Spicher on fiddle, we now have Rufus Thibodeaux on violin. Also playing is Randy Scruggs on guitar. But just listen to the sample and judge for yourself...
☺
EDIT October 15: After posting this album in questionable quality, I requested a better copy.. Which I got from Luc. So, merci monsieur. Today I posted the new version, which is definitely a serious improvement. New link is up. Enjoy!
Posted by Skydogg at 10/08/2008 05:40:00 PM 2 comments:

Email ThisBlogThis!Share to TwitterShare to FacebookShare to Pinterest
Labels: Blue Jug
Newer Posts Older Posts Home
Subscribe to: Posts (Atom)
The music posted on Skydog's Elysium is either out of print or very hard to obtain. You are encouraged to buy anything you like, if available at all. If you are the owner of music posted here and want it removed, send a message and I will comply.