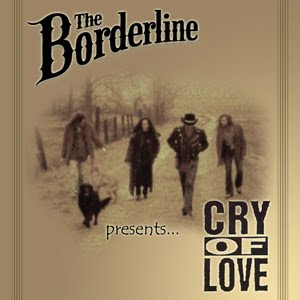 Cry Of Love was a real hot band, which (unfortunately) only released two albums. Quite heavy Southern Rock with lots of Classic (British) Rock influences. A mixture of Free, Hendrix and Skynyrd, these guys rock out in style. And Cry Of Love was a great live band as well. As can be heard on the Warren Haynes "Wintertime Blues Benefit", for which they reunited after they had split up. Guitarist Audley Freed would wind up playing for the Black Crowes.
This show, live at The Borderline in London, gives you Cry Of Love at their best. Live and unrestrained. Good sound, very well written songs, sweet picking. If you like your Southern Rock on the raunchy side, get this. Because besides sounding somewhat raunchy, they deliver their repertoire energetically and with class. Old school!
Posted by Skydogg at 8/27/2009 09:30:00 PM 6 comments:

Email ThisBlogThis!Share to TwitterShare to FacebookShare to Pinterest
Labels: Cry Of Love 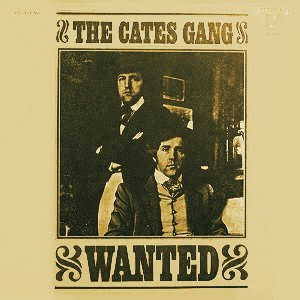 Some splendid news about The Cate Brothers: the 70's albums have had their CD release for the first time. Apparently Wounded Bird Records were listening after all ;-).. So, go on! Buy that stuff!
☺
And here we have the first album by The Cates Gang, "Wanted" from 1970. At last! I got this from Urk, and I'm well pleased. Thanks man!
I'm loving every minute of this record. Like its follow up, "Come Back Home", this has more to do with Southern Soul than Southern Rock. But it's still the jackpot to me. I guess these must be the oldest recordings of the Cate Bros./The Cate Brothers Band, even predating most of the "Arkansas Soul Siblings"/"Born To Wander" songs. Blue Eyed Soul anyone?
Posted by Skydogg at 8/23/2009 07:40:00 PM 9 comments: 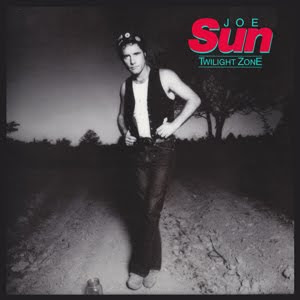 Joe Sun has been going for quite some time, releasing albums since 1978 on several labels. Unfortunately he never received the kind of recognition he deserved. And he does. It's perfect Outlaw Country music, which should also easily please fans of Southern Rock, Americana and Singer-Songwriter music. He has a MySpace page, but it hasn't been updated since a 2005 Christmas single release. But judging from the comments, he's still out there making music.
This album was released in 1986 on the French label Dixie Frog. The music is still the same, though. Still very good. Very Joe Sun. Enter the Twilight Zone...
Posted by Skydogg at 8/21/2009 09:13:00 AM 7 comments: 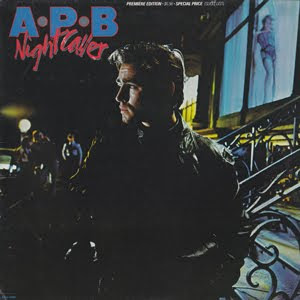 After the Lynyrd Skynyrd plane crash, the majority of survivors went on to form the Rossington Collins Band. However, drummer Artimus Pyle was not part of that party. I have no idea why. But he didn't sit still either. Artimus formed A.P.B. or the Artimus Pyle band and released two albums in the 80's. "Nightcaller" is the second album. I don''t know the first, so I have no comparison. This album, judging from the fact that the band is an offspring of Skynyrd and geographically came from the right place, had me expecting it might be a classic Southern Rock record. Well... no. It's the kind of 80's drivel we've seen so many great bands produce during the 80's, like 38 Special and Molly Hatchet. This is even poppier. And the fact that more than half the songs are sung by a female singer, with a real clean voice and hardly a knack for Rock & Roll, doesn't help matters at all. And when some guy sings the other half, it sounds like any 80's Arena Rock band. These cats must've been star-struck. Alas they didn't have what it takes to stand out. It's not the worst, I'll just never play it again myself. But if you're interested in the post-crash Lynyrd Skynyrd, like I was, this might satisfy your curiosity. If someone has a good rip of the first A.P.B., I would still like to hear it. As for "Nightcaller, just give it a try.
Posted by Skydogg at 8/16/2009 05:25:00 PM 5 comments: 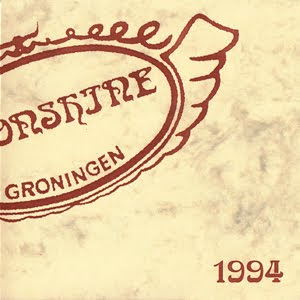 This 1994 Moonshine release predates their debut album "Roughhousin'". It's a four song EP. And, when listening to these tracks, it's fairly obvious that this is actually a demo. It's a band in their formative stage, trying their hand at fresh material. Quite interesting, as demos often are. Two tracks of these recordings would resurface in re-recorded versions on their 1997 album (and sounding better there). Moonshine is a little bit of everything. It rocks mostly, but has some Funk and Country as well. These tracks would fit nicely as bonus tracks on their first proper release. Beer?
Posted by Skydogg at 8/13/2009 07:08:00 AM No comments:

Email ThisBlogThis!Share to TwitterShare to FacebookShare to Pinterest
Labels: Moonshine 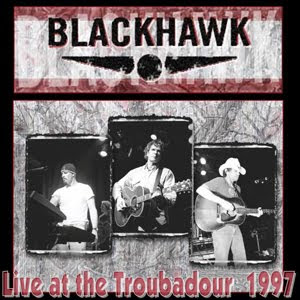 Blackhawk featured singer/guitarist Henry Paul, formerly of The Outlaws. After leaving The Outlaws, he formed the Henry Paul Band and released 4 albums (the last as a solo record). On those albums you saw a fine artist starting off with a great Southern Rock album ("Grey Ghost"), then changing musical paths from Hard Rock to more Pop oriented albums, eventually not getting anywhere. You can blame that on the 80's, which was bad news for music in general and even worse for any kind of roots music.
In 1994 Henry Paul, along with Van Stephenson and Dave Robbins, formed Blackhawk. A Country Rock band - hardly anything to do with Southern Rock - which immediately made an impact on the charts with the song "Goodbye Says It All". Blackhawk often got lumped in with acts such as Little Texas and Restless Heart, but in my view they were a cut above the rest. In all honesty, that probably had everything to do with the characteristic voice of Henry Paul. I was always looking out for his voice on the first 3 albums of The Outlaws, and I think the only decent song on "Soldiers of Fortune" was the Henry Paul song "Cold Harbor". But Blackhawk obviously has more to with Country than with The Outlaws. Still, as far as 90's Country Rock goes, this is as good as it gets. Live From The Troubadour is a radio broadcast from 1997 with Blackhawk performing an acoustic set. I hadn't actually noticed at first, but it's as mr. Paul says: "no amplifiers, just talent". The sound is splendid and the playing and singing are equally good. It does feature live renditions of "Every Once in a While" and "Goodbye Says It All". I really love the song "Just About Right".
These days Henry Paul is once again touring with The Outlaws, assuming the role of main man since the untimely passing on of Hughie Thomasson. Cross our fingers and hope that the new album, so long talked about already, will get a release very soon. Besides The Outlaws, Henry is also still touring with Blackhawk. And this is what they sound like.
Posted by Skydogg at 8/10/2009 09:03:00 PM 9 comments: 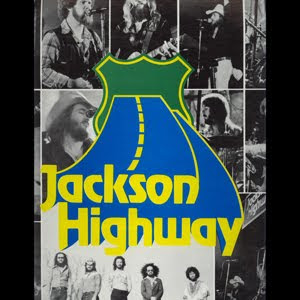 Hot stuff, people! It's the first album by Jackson Highway, released in 1977 on the Muscle Shoals Sound label. I always thought their album "Jackson Highway" album would be my Holy Grail of Southern Rock, since I had been looking for it for over 20 years and it featured members of Blackfoot. When I finally found an MP3 copy I didn't yet realize that was actually their second album. And while I truly like that album lots, I have to say that I even more enjoy their first-born. I would even go as far as to say, this is easily one of my best posts, period. Ranks right up there with the Travis Wammack album "Not For Sale"
I had this rip sent to me by Luc. It was originally ripped by Russell Gulley (bassist/vocalist of Jackson Highway), And he's also the one that gave me green light to post this album. Thanks Luc and thank you very much Russell. Russell has a website on which you can find all about his current whereabouts, and also on his past with Jackson Highway. If you'd like to say hi, check out his MySpace. And listen to some new music there as well. And while you're at it, there's an interview with Russell which you can find here.
This album has everything I'm looking for in Southern Rock. It's got twin lead guitars (sometimes), it's got Soul (always) with vocals to do the job justice and it's got Funk (frequently). And yes, very good songs too! I'm not going to run them by, one by one. Just be convinced already. Share the wealth and spread the joy. Russell mentioned in an e-mail that in the near future some Jackson Highway music might be released on CD. In the meantime you might want to convert some folks to this great music, so when the CD gets a release it will find an audience it deserves. It sure got me dancin'..
Posted by Skydogg at 8/08/2009 11:18:00 AM 9 comments: 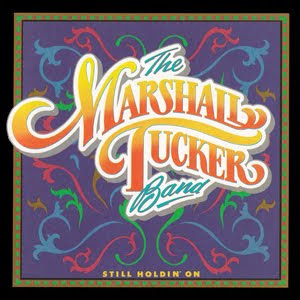 "Still Holdin' On" was the first album by The Marshall Tucker Band after the break up of the original band. Which means Doug Gray and Jerry Eubanks were the creative force at this stage. Or were they? This album turned out to be a rather average Country Rock affair, with all songs written by outsiders to the band. All very clever, some actually quite good, but not what you'd expect or want from The Marshall Tucker Band. And obviously especially Toy Caldwell is sorely missed here. Toy would release his 1992 debut album, which is much closer to what I was looking for. The Marshall Tucker Band, however, would more than make up for this unremarkable album on its follow up, the excellent "Southern Spirit".
What we have here is an adequate, inoffensive record aimed at the Country market. The band featured lots of crack session players, so the picking is all good. It's one of their lesser known albums, and not without reason. But Doug Gray is still a real fine singer, and for that alone worth the price of admission (yeah, yeah...). This record has been discontinued by its manufacturer. So maybe, once you get the feel of it...
Posted by Skydogg at 8/04/2009 05:12:00 PM 1 comment:

Email ThisBlogThis!Share to TwitterShare to FacebookShare to Pinterest
Labels: The Marshall Tucker Band
Newer Posts Older Posts Home
Subscribe to: Posts (Atom)
The music posted on Skydog's Elysium is either out of print or very hard to obtain. You are encouraged to buy anything you like, if available at all. If you are the owner of music posted here and want it removed, send a message and I will comply.