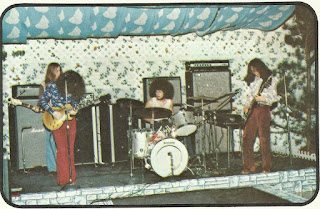 It was in 1989 with the "Song For The Outlaw" Doc Holliday’s live record that we discovered Daniel Bud Ford. The one we saw as the successor to John Samuelson was also his predecessor. That was before the Doc was the Doc; it was in the early seventies when the band was then called Roundhouse. We asked Daniel, a great storyteller, to tell us about the Macon and Warner Robbins in the sixties and seventies, to tell us about the Roundhouse story, to give us his Doc Holliday memories... Briefly, to speak about his life. 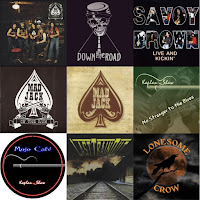 "I've spent my whole career bucking the trends, trying to keep the heart and soul of music alive. If that's limited my business opportunities, so be it. I'd rather be an outlaw than a sellout!". That's what says Lou Kaplan, the Lonesome Crow singer. We talked with this outlaw whose one of the first mentors was Ronnie James Dio, this outlaw who was part of Savoy Brown, this outlaw who was leading Mad Jack.


English version of the Bands Of Dixie interview with Lou Kaplan.

The first Hogjaw's album, that was-seven years ago... Watch what happened after seven years to the rock bands and their music, If they have lived for so long... Not the same it seems with a few exceptions. Well, Hogjaw is one of it. A new guitar player, perhaps, but no wrinkles. Hogjaw, it's the same energy and passion than the first day. On record and on stage, it gives a damn punchy rock but this energy and this passion burning them, radiate just as much this interview. Hot!

English version of the Bands Of Dixie interview with Hogjaw.