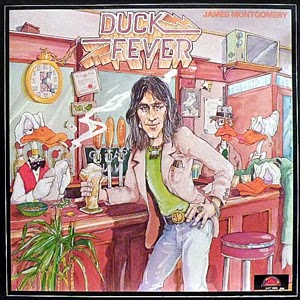 James Montgomery released his first two albums on the Capricorn label, which is my reason for posting this album. Those albums were basically harmonica driven Blues Rock albums, not very adventurous. This album however, is a vast improvement over his first outings. This is the kind of music that makes me wanna get up and dance. (Of course I don't actually do that, since I'm too cool to dance ;-)) If you dig Elvin Bishop or Wet Willie, pay attention. Here's some fine funky music for y'all. And thanks to Luc for supplying this. Some great songs and a very nice sound, without James' harmonica getting in the way too much. It features a nice cover version of The Meters' "Fire On The Bayou" and I love "Not Your Clown". Good time music for those of you that are living for the weekend...
Posted by Skydogg at 11/25/2013 07:51:00 PM 10 comments: 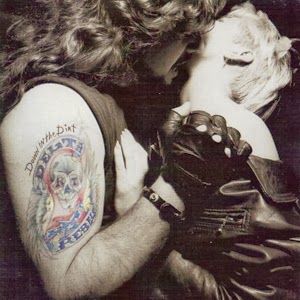 Delta Rebels was a band that should appeal to fans of the Georgia Satellites. The band features Eddy Shaver (son of legend Billy Joe) and Steve Ingle of Creed. Hardly any subtleties here, this is typically no holds barred, in your face Southern Hard Rock & Roll. In my opinion better than your average Southern Boogie band, I quite enjoyed this album. The playing and singing is just alright. If you're gonna throw a party with lots of beer, this is your soundtrack, boys and girls. Kickin' down the night ;-)
Posted by Skydogg at 11/10/2013 12:35:00 PM 10 comments: 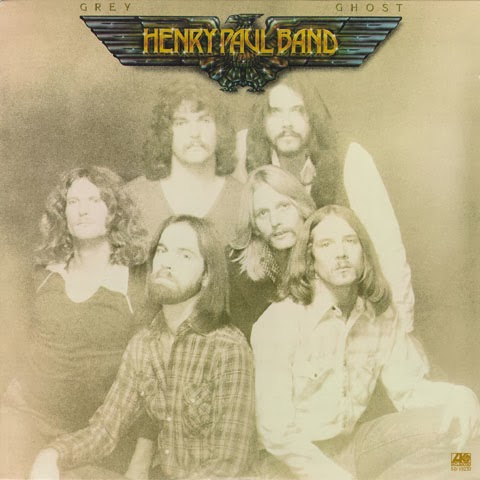 Henry Paul, a founding member of The Outlaws, has produced some great music with several groups in the Southern Rock and County Rock world. He started out in Tampa based Sienna around 1971 with Jim Fish, Monte Yoho and Frank O'Keefe, the former with the HPB and the latter two future Outlaws. After 3 albums with The Outlaws, Henry left in 1977 following "Hurry Sundown", forming the Henry Paul Band within a year.

They recorded 4 albums with "Grey Ghost" as the first and well done effort. Henry rejoined The Outlaws from 1983-1989 during the "Soldiers of Fortune" period. Since 2008, Henry has been involved with both Blackhawk and The Outlaws - after HT "Flame" passed. His easily identifiable voice, that fronted Blackhawk from 1992, is in good form here. Varied instrumentation, including keyboards and harmonica, provides some extra interest, and a jazzy hint of Sea Level.

Henry was a big part of the "Brothers of the Southland" project with Jimmy Hall, Dan Toler and Bo Bice which released a single album in 2009.

The other LPs from the HPB are "Feel the Heat", "Anytime", and lastly the self-titled one that usually begins a groups recording output, "Henry Paul Band".

Highlights: "Grey Ghost" a tribute to Lynyrd Skynyrd's Ronnie Van Zant.
"So Long" also a track on the 2012 Outlaws album "It's About Pride".
"Wood Wind" an acoustic guitar work coming in under a minute.

Check this out - it's one that's worth being very familiar with. The harmonies are tight (think The Eagles), and the 3 guitar attack sizzles.

There are lots of credits on the back cover, even road personnel, but nothing on the horns added to "One-Night Stands".

"As the Autumn wind whispers through the tall and lonely pines, And the hour of fate is drawing close at hand, A free bird falling from the sky Brings a bitter end to another Southern man... Grey Ghost!"
Posted by Vergergc at 11/08/2013 11:52:00 PM 2 comments: 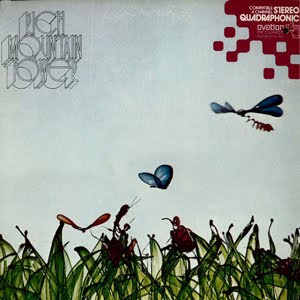 Rich Mountain Tower was a band from Tennessee. They put out three album, this one being their debut. Released in 1971, this is Southern Rock avant la lettre, really. The album has more similarities with Crosby, Stills & Nash than any Allman Brothers album. People that enjoy The Ozark Mountain Daredevils may very well enjoy this too. Some great harmonies and, if you can look past the hippie sensibilities of this album, some wonderful songs, that are sure to grow on you. Since there is hardly any information about this band to be found on the web, I will give you all the information provided to me by Pete, who sent this rip. Thanks Pete!
Rich MOuntain Tower - Rich Mountain Tower (Ovation Records - 1971 OV/14-12 Quadraphonic LP)
Side 1:
Uncle Bob White (Paul) 5:11
Circle Sky Moon Mix (Haspel, McNamee) 4:19
Thank You Maggie (Paul) 3:48
If You Dont Look Back (Haspel) 3:16
Our Passage Home (Paul) 3:40
Side 2:
He Ain't Got No Color, Boys (Carr, Paul, Tuccillo, Garrett) 4:09
Song of the Sea (Paul) 2:55
The Same Thing Applies to Me That Applies to You (Paul) 3:50
One Last Farewell (Paul) 2:42
Marie (Paul) 2:36
The band: David Carr - Lead /Rhythm Guitar; Sandy Garrett - Bass/Acoustic Guitar, Lead & Backing Vocals; Doug "Red Buddy" Moisson - Lead Guitar, Pedal Steel, Acoustic Guitar, Banjo, Vocals; Dana Paul - Lead Vocals 12 Str Guitar, Mandolin , Keyboards, Harmonica; Bob Tucillo - Drums, Percussion
Guesting: Randy Haspel - Guitars, Vocals; Lamonte "skip" Ousley - Conga, Persussion; Charlie McCoy - Harmonica; Weldon Myrick - Peal Steel Guitar; Don Tweedy - Moog on "Maggie"; Sonny Pittman - Bass on "Maggie & the Sea"; John 'Hoffy" Hoffman - Banjo
It's a very fine album, so check out Rich Mountain Tower.

Email ThisBlogThis!Share to TwitterShare to FacebookShare to Pinterest
Labels: Rich Mountain Tower
Newer Posts Older Posts Home
Subscribe to: Posts (Atom)
The music posted on Skydog's Elysium is either out of print or very hard to obtain. You are encouraged to buy anything you like, if available at all. If you are the owner of music posted here and want it removed, send a message and I will comply.