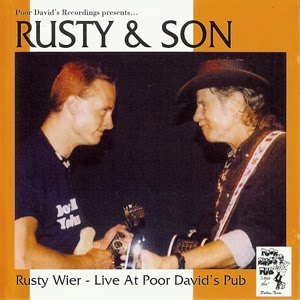 It's been some time since I last posted some Rusty Wier, but I'm more than making up for that right now (and a big thank you Frank for that). This is Rusty playing with son Coby, doing a live show that's as good as it gets. It'll put a smirk on your face as well, for Rusty's quite the storyteller with a great sense of humor. For your convenience, I would classify this as Outlaw Country, though musically there's a lot of similarities to Southern Rock. Tasty picking, characteristic vocals, good songs, great vibe. Eight songs making up for 58 minutes of good time music. Not much I can add to what I said in previous posts, but this is by no means any less than his best. Quervo's Gold?
Posted by Skydogg at 12/23/2013 09:03:00 PM 2 comments: 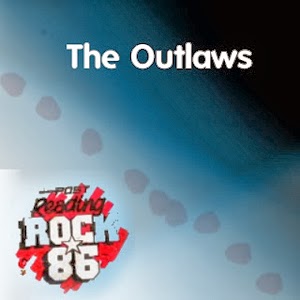 A nice set of Classic Southern Rock for you here, to warm your hearts during the holidays. Almost classic Outlaws line-up as well, since this show features both Hughie Thomasson and Henry Paul. Excellent recording of The Outlaws promoting their 1986 album "Soldiers Of Fortune", this is what Southern Rock was meant to sound like. Makes me wonder if any new bands are playing Southern Rock like this. You know, with lots of attention being given to arrangement, big intros, sweet harmonies... And whatever happened to that "One An Outlaw" album?! Anyhoo, this is The Outlaws at their very best. Just the way I like it. ;)
Posted by Skydogg at 12/20/2013 02:06:00 PM 2 comments: 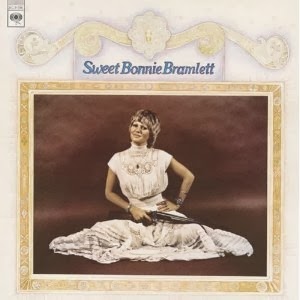 I haven't posted much Bonnie Bramlett before, but this was requested. So, here you have. It's Bonnie's first solo album and it's a very Soulful affair. Not my rip and I'm hoping for an upgrade in the future. Nevertheless, this is the voice alright. You might know her from her work with Delaney, you might know her for being the only white Ikette, but diehard Southern Rock fans will surely know her from contributions as a back-up singer for many Southern Rock releases in the 70's. And what a voice this woman has! Though this rip of the album is somewhat crackly, it's still well-worth checking out. Fired up Southern Soul Rock, guaranteed to show you a good time. And Bonnie Bramlett is still a force to be reckoned with. For those of you reluctant getting this: if you dig Wet Willie, you will surely dig this as well! Good vibrations!
Posted by Skydogg at 12/08/2013 12:30:00 AM 5 comments: 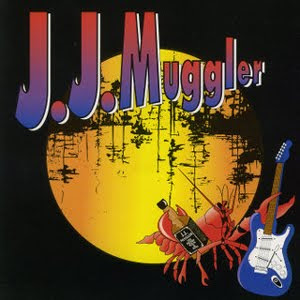 This is The J.J. Muggler's debut album, released in 1994. It's a fine slab of juicy Southern Rock, leaning slightly more towards Blues Rock than my previous post. Still, this will surely have you grinning along the way. Excellent playing, gritty vocals and great songs. Louisiana Born & Raised!
Posted by Skydogg at 12/07/2013 05:55:00 PM No comments:

Email ThisBlogThis!Share to TwitterShare to FacebookShare to Pinterest
Labels: The J.J. Muggler Band
Newer Posts Older Posts Home
Subscribe to: Posts (Atom)
The music posted on Skydog's Elysium is either out of print or very hard to obtain. You are encouraged to buy anything you like, if available at all. If you are the owner of music posted here and want it removed, send a message and I will comply.