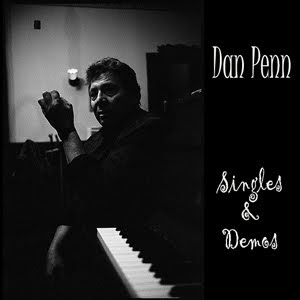 Another pot of gold, as far as I'm concerned. And for those of you that read the Peter Guralnick book "Sweet Soul Music", this is about just as good as he made this stuff out to be. Peter said some very, very nice words about Dan Penn and his recordings, including the demos. And here we have some singles (not all, but none released on any regular albums) and demos, mostly from the 60's. And 26 of 'em. I found these files on 'My Blog Too', though I did try to clean them up some. I was very grateful finding them. I hope someone will find the rest soon as well. But until then, what we have here is a bunch of terrific Country Soul music. Some of the vinyl was seriously wounded, but it's still well worth checking out. I mean come on, it's Dan Penn! Creator of some of the finest Southern Soul classics ever. Maybe the people at Bear Family Records could turn this into one of their ambitious projects. That would sure please me. So sit you down, have a glass of red wine and enjoy Dan Penn at his very obscurest. But pretty. Diamonds..
Posted by Skydogg at 4/30/2010 11:29:00 AM 27 comments:

Not a full album, instead this is a three track demo from 2010. Courtesy of E. Anonymous (thanks!). It features one new track and cover versions of "Stand Back" (Allman Bros) and "Cheap Sunglasses" (ZZ Top) Moonshine reformed? Anyway, this is a nice Southern Funky Blues Rock track. What are they spendin' time on?
Posted by Skydogg at 4/26/2010 08:35:00 PM No comments:

Email ThisBlogThis!Share to TwitterShare to FacebookShare to Pinterest
Labels: Moonshine 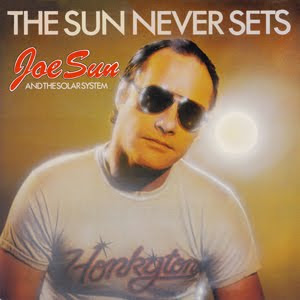 Another Joe Sun record for ya! "The Sun Never Sets" is as good as any Joe Sun record. The man just won't ever let you down. Then again, neither will he shock you with anything unexpected. But that's just fine by me. So what you get is another classic Outlaw Country album that can hold its own with the best of the genre. I never tire of his beautiful gravelly voice, nor does his Outlaw Country repertoire ever disappoint me. Quality stuff here. And some hot picking as well! Just goes to show, not everything I like the most is bad for me.
Posted by Skydogg at 4/22/2010 07:41:00 PM 7 comments: 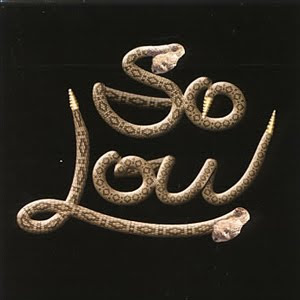 "So Low" is the last album released by Hughie Thomasson as The Outlaws. Though I've also read it was actually a Hughie Thomasson solo album. Same difference. It's slightly more Country than previous Outlaws records, but there's still plenty to get riled up about. It's been out of print almost as soon as it had its release, so enjoy y'all. What I really had in mind to bring to attention is the legal dispute going on between Henry Paul and Hughie's widow. Apparently the original idea was for Henry Paul to carry on The Outlaws while the latest studio recordings would see their release. But then Hughie's widow had a run-in with Paul and decided it should be a different line-up. Exit Henry Paul and enter Chris Hicks. Rumors about what it's going to be, have been continuing for several months now. Since Hughie's past away, we're all awaiting the release of "Once An Outlaw". But as long as this unholy war is going on we will not see anything, I guess. My suggestion: get both Chris Hicks and Henry Paul in this new Outlaws line-up. I can't see any right minded Southern Rock fan object to that. And then get that album out before the first generation of Southern Rock fans are all dead and buried as well. Well, until they get all that sorted out, enjoy Mr. Cowboy..
Posted by Skydogg at 4/17/2010 09:34:00 PM 7 comments:

Email ThisBlogThis!Share to TwitterShare to FacebookShare to Pinterest
Labels: The Outlaws

Fountainhead - Straight From The Source's Mouth (1982) 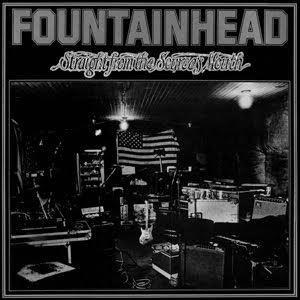 Founded in 1974, Fountainhead are still a touring band today. They released two albums, a live set in 1980 and this album, "Straight From The Source's Mouth", in 1982. It's a very nice record with lots of uptempo songs and it's Southern Rock with the emphasis on rock. Vocally it's not too hot, but they play with lots of enthusiasm which will have you toe tapping in no time. I especially like the songs "Red Hot", "Take Me To The Block" and "Night Of The Hunter". I'd rather not listen too closely to the lyrics, but this is great for a raunchy Friday night with lots of beer. Dang, I'm thirsty already. Cheers!
Posted by Skydogg at 4/13/2010 08:58:00 PM 10 comments:

Email ThisBlogThis!Share to TwitterShare to FacebookShare to Pinterest
Labels: Fountainhead 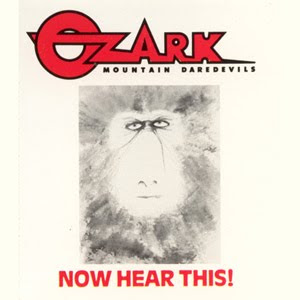 "Now Hear This!" was a cassette only release by The Ozark Mountain Daredevils and only sold at their concerts. Close on the heels of their
"Heart Of The Country" and "Modern History" albums, this actually doubles 6 tracks of those albums. Which leaves us with 4 tracks unknown up till that time. "Hilltop Girl", "There Ought To Be A Law", Gonna Buy Me A Car" and "Flame Of Laredo". All good stuff. This version features two bonus track: "Dreams" and "Better Days". Quality overall is pretty good. And the music is as good as ever. I had this provided to me by both Holger and Mark; thanks guys! OMD was always one of the finer bands on the Country side of Southern Rock. In my opinion. Which is one that counts here ;-) Now hear this!
Posted by Skydogg at 4/05/2010 04:36:00 PM 6 comments: 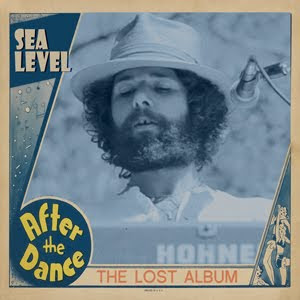 Well, praise the Lord and Craig (he got this to me) too! I am very proud to present to you the lost Sea Level album "After The Dance" (I just made that up), which never got released. A single did get released, however, and is being sold at steep prices on the internet. That's the song "Make You Feel Love Again", which is also on the flip side. Vocals on that track were by Blue Miller. And here we have all that was recorded after the "Ballroom" album. Vocal duties shared by Blue Miller and Randall Bramblett, I don't know how it was all meant to turn out, but what we have is wonderful! Luc sent me an answer Chuck gave him when asked about these recordings:
"We did release the single you mentioned, but it died a quick death. We recorded several other tracks for Arista that none of us liked....and the band broke up soon after that. Clive Davis had his own ideas about what he thought Sea Level should be...which was a very commercial concept, and we just did not want to go down that road. Most of what we recorded in those last days was me with some Miami session players, although there was a few tracks we did in Nashville that was the proper band.. It’s a period that I do not look upon with any fondness....and it’s probably best that those tracks have never been finished or released...best, Chuck"
Craig mentioned that: "It featured a new bass player, Paul Brodeur, who sadly died during the sessions. Quality is good - music is a bit "pop" but has some nice moments.".
Well, they may not have been finished and released, but I thoroughly enjoy listening to these tracks. It's a lot slicker than any previous Sea Level album but it's great stuff all the same. It's funky, soulful stuff. I love it. Oh, and there's a bonus track at the end, a song by Jimmy Nalls. I believe it's called "Tribute", and that's what it sound like. But a tribute to who? Shooby doo!
Posted by Skydogg at 4/02/2010 05:22:00 PM 18 comments:

Email ThisBlogThis!Share to TwitterShare to FacebookShare to Pinterest
Labels: Randall Bramblett, Sea Level
Newer Posts Older Posts Home
Subscribe to: Posts (Atom)
The music posted on Skydog's Elysium is either out of print or very hard to obtain. You are encouraged to buy anything you like, if available at all. If you are the owner of music posted here and want it removed, send a message and I will comply.