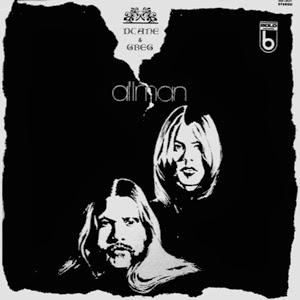 Some more history for you Southern Rock scholars. This is where Duane and Gregg Allman (spelled Greg for this release) found themselves after their adventures in California with The Hour Glass and right before they started The Allman Brothers Band. A departure from the dictated course set out by their former employees, this is getting fairly close to what would eventually become known as Southern Rock. This is basically Duane and Gregg jamming with the guys from the 31st Of February (notably Butch Trucks, among others), around the same time they met up with a band called The Second Coming, featuring a guitarist by the name of Dickey Betts. They would soon start jamming together, which would give birth to The Allman Brothers Band. Yes, they're the founding fathers alright. Initially not meant for release, this was brought out in 1973 at the height of The Allmans popularity.
Musically this still has one foot firmly planted in their repertoire with The Hour Glass, while at the same time we notice some uneasy steps towards the more familiar sounding structures that The Allmans would lay down. Of greatest interest must be an early version of one of Gregg's sweetest songs, "Melissa", here surfacing for the first time (slightly different from the popular version). If you're interested in how Southern Rock grew to what it is today, I guess this is essential. Well I know too well...
Posted by Skydogg at 2/23/2014 01:07:00 PM 2 comments:


Very nice documentary on Southern Rock. Not the full story, but the story told is told very well. Basic but essential Southern Rock knowledge.
Posted by Skydogg at 2/15/2014 10:10:00 PM 4 comments: 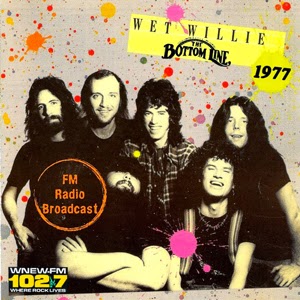 Wet Willie live at The Bottom Line is a great soundboard, with the band sounding at their hottest. This is an excellent recording and features their finest tunes, like "Keep On Smilin'", "Street Corner Serenade" and "Country Side Of Life". Really, what can I say that I haven't already said about Wet Willie? These guys are the kings of Southern Soul Rock and this show will surely spice up the evening. Jimmy Hall's in great form, as is the whole band. Dixie Rock!
Posted by Skydogg at 2/08/2014 02:59:00 PM 3 comments:

Email ThisBlogThis!Share to TwitterShare to FacebookShare to Pinterest
Labels: Wet Willie
Newer Posts Older Posts Home
Subscribe to: Posts (Atom)
The music posted on Skydog's Elysium is either out of print or very hard to obtain. You are encouraged to buy anything you like, if available at all. If you are the owner of music posted here and want it removed, send a message and I will comply.