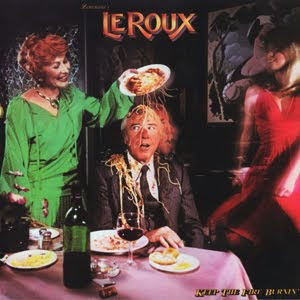 Second album by Lousiana's Le Roux, still so called on this outing, is a logical follow up to their first self-titled album. Once more we get treated to their smooth, yet highly enjoyable mixture of Southern Slickness. Maybe not as strong as the debut, this is still one of the finer albums you'll find this side of obscurity. Let's face it, if you're looking for some Raunch & Roll, look away. But if, like me, you're into R&B injected Southern Rock, sweetened up with vocal harmonies while in the meantime some cool picking is going on, then this is for you. Excellent originals and a nice cover of Otis Reddings' "Fa-Fa-Fa-Fa-Fa". Funky and fierce. And on this out of print CD reissue some great bonus tracks to go. "Ain't Nothing But A Gris Gris", which would turn up again on their 1999 album of the same name, only this time sung by Jeff Pollard (a hell of a singer, now devoting his life to that other guy), has a great New Orleans groove. I guess you get the picture by now, this is hot stuff. Keep the fire burning!
Posted by Skydogg at 1/26/2011 09:12:00 PM 5 comments: 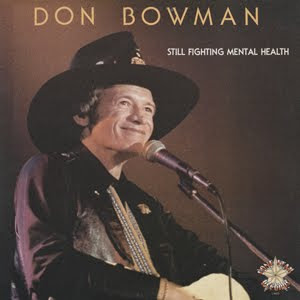 Alright folks, this is the last I have to offer of my Don Bowman collection. And you get two for the price of one, at no cost at all. "Still Fighting Mental Health" and "On The Road Too Long" are basically the same album, apart from one song. Or two, depending how you look at it. The first one has the song "East Virginia Blues", which the second omits. It's a fairly serious song, actually 'sung', a nice bit of Outlaw Country. The second, instead, has "On The Road Too Long", a spoof on Willie Nelson's "On The Road Again". The rest of the album (we're talking both now) has some of the funniest songs of Don's recorded output. Quite hilarious is "Dear Fred", about a guy handling affairs for his friend in prison. Who needs enemies with friends like that? I mentioned Willie Nelson, and you can hear him do quite some harmonies hroughout the album. 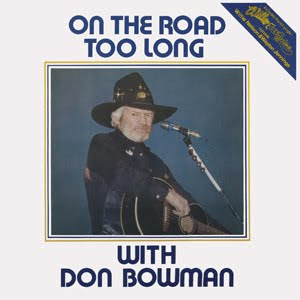 "Coward At The Alamo" from "Fresh From The Funny Farm" and "Hello D.J" from "The All New Don Bowman" we already knew in the bleeped versions. Well, here they are again, both bleeped and un-bleeped. Go wash that mouth with soap, Don! And one of the highlights is Don, with Willie and Waylon Jennings harmonizing, singing his biggest hit that never was, "Willon And Waylee". That's all folks. If you have more Don Bowman, let me know. List-in to this!
Posted by Skydogg at 1/24/2011 10:30:00 AM 3 comments: 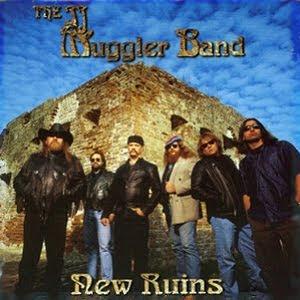 I learned about The J.J. Muggler Band only a couple of months back. But boy, what have I been missing?! This is easily one of the best Southern Rock bands of later years. Though that may not be quite true. They did release their first album in 1994, but they actually started out in the early 70's. This is their third album and it's no longer available. And it's a scorcher. Classic Southern Rock with a NOLA twist (yes, these cats hail from Louisiana), excellent songs, excellent playing. There's something about this music, like a warm coat in the winter. It just makes you feel right on. They do a terrific version of "Dreams". Or "Dreams I'll Never See". They start off with the Molly Hatchet 4/4 version, then halfway shift to the Allman's 3/4 version and then back to 4/4 again. I thought that was a treat. And the vocals are pretty solid as well. You should check out their last album, "Hard Luck Town", which you can still buy. And that one is even better than this one. Grab this guys! Mojo Comin'!
Posted by Skydogg at 1/21/2011 09:49:00 PM 4 comments:

Email ThisBlogThis!Share to TwitterShare to FacebookShare to Pinterest
Labels: The J.J. Muggler Band 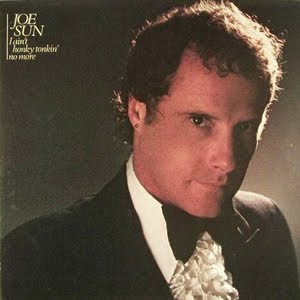 "I Ain't Honky Tonkin' No More", another great album by Outlaw Country hero, Mr. Joe Sun. And thank God he's lying through his teeth. Cause here he is, doin' some serious honky tonkin' alright. This was where Joe started label hopping, cutting this one for Elektra Records. It sounds like a slight attempt to sort of fit the mainstream Country at that time. But that's just a slight attempt, don't you worry. Still plenty of rocking out on this excellent piece of vinyl, nicely concerted for you convenience into a sweet sounding rip. Well, what can I say that I haven't already said in previous Joe Sun posts? The man is one of the finest Outlaw Country singers, making some of the finest Outlaw Country music. And this album is as good as any he's done. Gimme Some Lovin'.
Posted by Skydogg at 1/17/2011 09:08:00 PM 4 comments: 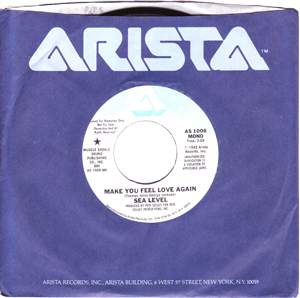 This is the last official recording by Sea Level, released in 1982 on the Arista label. And this was a major departure from the Sea Level we know and love from the 70's. They sure sound like they were aiming for a hit record. Maybe it wasn't but it had all the quality to be one. This has "Make You Feel Love Again" on the A and B side, one in stereo and the other mono. The song was also on the unreleased album "After The Dance", and this sure got me confused. I'm not familiar with Blue Miller as a vocalist, but if this is him, then who was singing the other version? Anyway, thanks to Luc, we can now enjoy this beautiful version of a great Southern Soul track. Sure made me feel love again.
Posted by Skydogg at 1/11/2011 08:37:00 PM 6 comments: 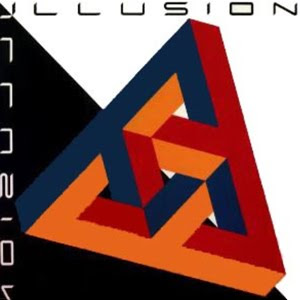 Ok, some loud Southern AOR for you. Illusion has two former Mother's Finest members in the band, Gary "Moses Mo" More on guitar and Barry "B.B. Queen" Borden on drums. Barry went on to play with Molly Hatchet, The Outlaws and The Marshall Tucker Band. But let's not get ahead of ourselves too much just yet. This is the mid 80's, when big hair was the big thing, and every song you had to be able to shout along. Very few albums of that period have stood the test of time, most sound dreadfully outdated. Yes, that's me speaking my mind. But there were some memorable albums. And I think this is one of them. Virtue of this album is, it has some actual songs. Sometimes very reminiscent in sound to the Mother's Finest "Iron Age" album. Squeaky but powerful vocals by some guy named Jay, and a true fine Rock duet with former Small Faces front man Steve Marriott on the song "She Weighs A Ton". This is in your face, loud & sleazy Rock & Roll with just a touch of Southern. Though you've got to strain to spot that. Still, I love it lots. This is not the vinyl rip already circulating (I did steal their artwork, however), this one is new and done by yours truly. And I did a hell of a job, if I say so myself. And why not?! Oh well, Won't You?
Posted by Skydogg at 1/10/2011 06:55:00 AM 13 comments: 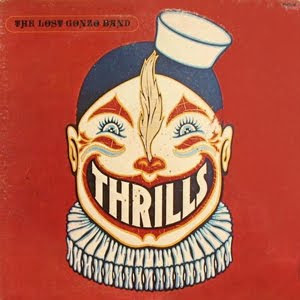 The Lost Gonzo Band were mostly known for being the backing band of Jerry Jeff Walker in the 70's. Albums by this band were requested, and I thought it was a pretty good request. It's basically Country Rock from Texas, so it's justified posting this ;-). Uncomplicated good time music, obviously reminiscent of Jerry Jeff. Very loose, very nice. I got this rip from Soulseek, it's fairly good and I didn't do any more work on it. Besides that, this was at one time released on CD (no longer available), so I'd like an upgrade from that (help me out here!). Until then, enjoy this here fine piece of Texas Country Rock. This ain't no dead armadillo.
Posted by Skydogg at 1/08/2011 11:09:00 AM 4 comments:

Email ThisBlogThis!Share to TwitterShare to FacebookShare to Pinterest
Labels: The Lost Gonzo Band 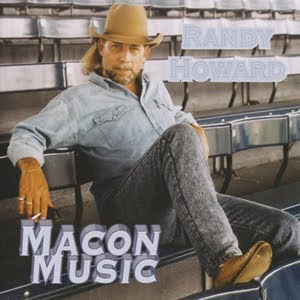 Randy Howard is from Macon, Georgia. And, as any Southern Rock fan will tell you, that's the home of Southern Rock. Well, Randy doesn't do Southern Rock. But I imagine you can still tell he's from Macon. This is Outlaw Country at its finest, but I said that about Joe Sun and Rusty Wier too. But it's all true. Hey, it's also true of Waylon, Shooter and Tommy Jennings.. Though I prefer his earlier albums (which I will rip and post in the near future), this is a very fine CD. Randy has a very pleasant voice, the Country ain't too Country and the songs will grow on you. Like they should. So, if you like your Country Outlaw style then, by all means, don't hold back. Dixie's arms.
Posted by Skydogg at 1/06/2011 01:30:00 PM 4 comments: 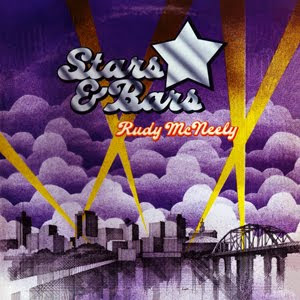 And another great little contribution by my French connection: this is Rudy McNeely, who I know absolutely nothing about. So, let me tell you what I hear and read. First off, it's a find alright. Vocally not too strong, but this is the kind of Southern Rock that I want to hear. Yes, the kind where they actually spend time on the arrangements. Very tasty stuff, excellent performance. Cool guitar bits and keyboards and real pleasant songs. This features guitarist Chris Leuzinger, who went on to become a star sideman on his own. Rudy, besides singing, plays guitar and piano. There's clavinet (I love that) and more keyboards played by Dwight Scott. And other musicians are: Jamie Nichol - percussion; Steve Krawcyzn - drums & Richard Brannan - bass. This is just plain good old (old school) Southern Rock. I'll have more of these any day! It'll get ya movin!
Posted by Skydogg at 1/04/2011 08:45:00 PM 10 comments: 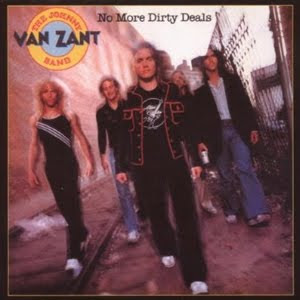 Hey-hey, happy new year everybody! Kicking the new year off with one of my favorite classics, it's the debut album by The Johnny Van Zant Band. It's also their most Southern Rock sounding record. This is excellent Southern Rock and there's not a bad song to be found. Take my word for it, but hearing is believing. Just have a listen to what Johnny was up to, before he joined Lynyrd Skynyrd. The song "No More Dirty Deals" is a scorcher, and it deserves a place in the top 25 of best Southern Rock songs of all times. This also has one of the most haunting tributes to Ronnie Van Zant, in the form of the beautiful "Standing In The Darkness". This band rocks and has plenty of Southern Soul. Johnny's singing is perfect here. So, if you missed out on this one before, you know it's never too late!
Posted by Skydogg at 1/01/2011 12:24:00 PM 4 comments:

Email ThisBlogThis!Share to TwitterShare to FacebookShare to Pinterest
Labels: Johnny Van Zant, Lynyrd Skynyrd
Newer Posts Older Posts Home
Subscribe to: Posts (Atom)
The music posted on Skydog's Elysium is either out of print or very hard to obtain. You are encouraged to buy anything you like, if available at all. If you are the owner of music posted here and want it removed, send a message and I will comply.