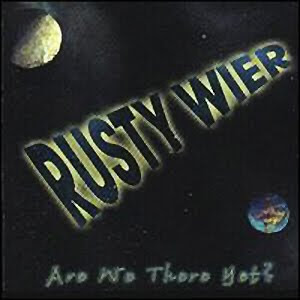 "Are We There Yet?" is more classic Rusty Wier for you. Absolutely one of my all-time favorite Outlaws (along with Joe Sun) ever. Very tasty music, ideal for playing in the evening while mellowing down from rocking out all day long. Yeah right. Enjoy Rusty's distinctive voice, lovely melodies, great lyrics and fine picking. Quervo's Gold..
Posted by Skydogg at 7/31/2010 06:27:00 PM 2 comments: 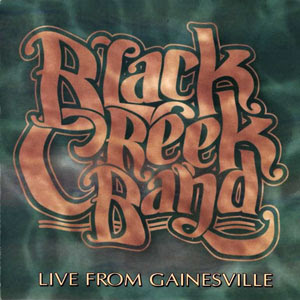 I had never heard of the Black Creek Band, but thanks to Cagey I now do. And I'm lovin' it! This is the kinda stuff that puts a smile on my face. No mindless Boogie here, nor faceless Hard Rock. This is very much in the vein of The Allman Brothers Band and Warren Haynes (circa his debut). not a bad song in sight. Lotsa geetarz, great improvisation and a guaranteed good time had by all. This is a live album with four bonus tracks in the form of a studio demo which was never released at all. The kind of treasure which makes running a blog like this so much worth spending my time on. I'm sure you will enjoy. So, thank you Cagey. Southride...
Posted by Skydogg at 7/30/2010 05:28:00 PM 4 comments: 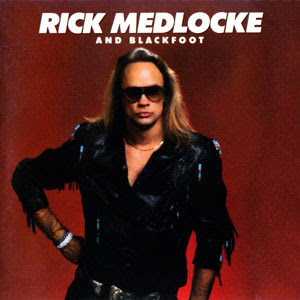 By the time this album was put out, it could hardly be called 'Blackfoot' anymore. Gone was the classic line-up with Charlie Hargrett, Greg T. Walker and Jakson Spires and gone was the haywire Southern Rock that graced classic albums like "Strikes", "Tomcattin'" and "Marauder". Enter the slick blandness that killed Southern Rock for good (or so they thought). So, you may wonder, should I dismiss this album right away? Well, that depends. It still has some good songs and it's all played by some of the finest pickers. It's just not very Southern anymore. On this release, Rickey had himself accompanied by Mother's Finest bassist Jerry "Wizzard" Seay, his brother Harold Seay on drums and keyboard player Doug Bare (all of which played on the Mother's Finest album "One Mother To Another". And they can play alright. They do a fine cover version of the Mother's Finest track "Rock 'n' Roll 2 Nite" (from the "Iron Age" record). And there's the somewhat odd choice of covering Dutch rock and roller Herman Brood's "Saturday Night". Ah, what the heck. Just give it a spin. Steady Rockin'.
Posted by Skydogg at 7/29/2010 10:33:00 PM 7 comments:

Email ThisBlogThis!Share to TwitterShare to FacebookShare to Pinterest
Labels: Blackfoot 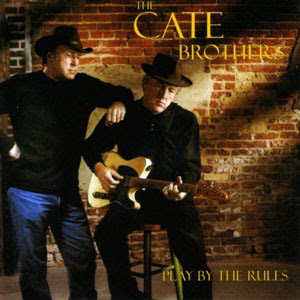 "Play By The Rules" was the last Cate Brothers studio album. Still playing their sweet blend of Funky Soul and Southern Rock, and every bit as good as the rest of their marvelous repertoire. This features a remake of the song "Yield Not To Temptation", which they previously recorded for my favorite album of theirs, "Cate Bros. Band" from 1977. And a hot version of The Band's song "The Shape I'm In", a band which they accompanied during live shows in the 80's. Alas, this jewel is no longer obtainable. But I hope there's a daring record label out there (Wounded Bird, you listening?!) brave enough to have a go at making this once again available for all you music lovers. Out on a limb!
Posted by Skydogg at 7/26/2010 07:08:00 PM 1 comment: 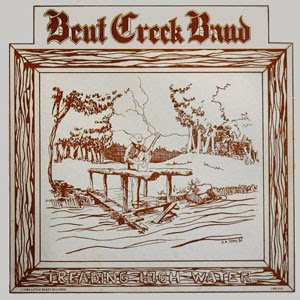 Thanks go out to Luc for this rip, he's been waiting for it. Bent Creek Band released this album in 1984 and it was recorded in North Carolina. On the internet I could not find anything about this Bent Creek Band, other than some sites having it for sale. The music is Southern Country Rock, well played and pleasing to the ear. Pickers on the album are: Morris Flynn - drums & percussion; Gary Hensley - bass & vocals; Scott Taylor - keyboards, harmonica & vocals and Edward Terry - guitars & vocals. Unfortunately the vinyl wasn't pristine, sometimes there's a little too much crackle and some skipping occurs. Besides that it sounds fine and it's sure to please any Southern Country Rock fan. Ramblin Country Fever.
Posted by Skydogg at 7/18/2010 08:50:00 PM 9 comments: 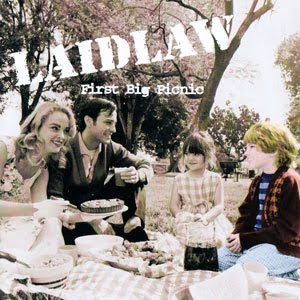 Laidlaw were discovered by Nikki Sixx of Mötley Crue and they were from California. So, any sarcastic comment is expected. But don't let that hold you back from trying this out. These guys sound very Southern and they play some fine heavy rock. If you're into Blackfoot or Johnny's Skynyrd, you'll love this. Great songs, nothing sophisticated, all good fun. I love the vocals and playing. And besides this album, there's only one other release(?) and then: nothing. Short story, but there's not much more to add to this (unless you can think of something...). Get it if you like it loud. Southern Rock, that is. Burnin'!
Posted by Skydogg at 7/04/2010 12:15:00 PM 1 comment:

Email ThisBlogThis!Share to TwitterShare to FacebookShare to Pinterest
Labels: Laidlaw
Newer Posts Older Posts Home
Subscribe to: Posts (Atom)
The music posted on Skydog's Elysium is either out of print or very hard to obtain. You are encouraged to buy anything you like, if available at all. If you are the owner of music posted here and want it removed, send a message and I will comply.