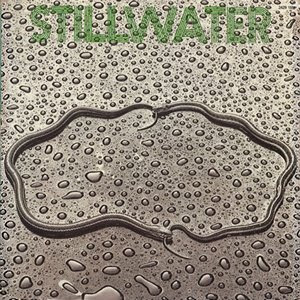 I hope you don't mind me posting something of a classic every now and then. The "Hotels, Motels & Road Shows had me listening to Stillwater again. And I love it.
Stillwater were another Capricorn recording band, releasing some of the finer Southern Rock in the 70's. They had somewhat of a (semi-) hit with the song Mind Bender. A moving love story about a Fender and a Gibson. Ha! Pretty cool, though. They had a Jimmy Hall, which was not Wet Willie's. And the movie "Almost Famous" is about another band called Stillwater. But any sound minded Southern Rock fan needs this Stillwater.
After two releases on the Capricorn album they broke up. But in 1998 they reunited for one album, called "Runnin' Free".
For now, check out a great interview here and listen to the debut of Stillwater. They even incorporated some Prog Rock on the track "Universal Fool". Cool...
Posted by Skydogg at 1/04/2009 04:03:00 PM

Email ThisBlogThis!Share to TwitterShare to FacebookShare to Pinterest
Labels: Stillwater

¡That's the way! One of the essentials southern rock albums. Better not be even "almoust famous".

One of my favorite albums! One of the very best Southern rock discs. Why is it not released on CD? I don't understand.

Is here another link with 2 discs. First CD is with studio stuff of Stillwater (all the 1st LP and some tracks of the 2 others discs). Second is with live stuff I never saw elsewhere.
(The inside sleeve includes a part of an interview I did with Bobby Golden, guitarist of the band).

thanks for the tip! cheers

To borrow a 70's hippy phrase, Oh! Wow! Listening to Anne Nightingale's BBC Radio 1 late-night show one Sunday in the late 70s, I heard a track I like a lot. At the end, a bit of FM static got in the way % the artist came out as "S-ssssss-?water" - Stillwater? Clearwater? I couldn't tell, and forgot about it. A few years later, Tom Petty's "Running Down a Dream" (a truly stunning piece of music) reminded me of what I'd heard & set me off trying to track it down. Not easy with no title & an incomplete band-name, not to mention no internet. Years later, I Googled Clearwater & came up with some nice music but not what I'd been looking for. Googling Stillwater returned nothing at all. Then I stumble across your blog while looking for a James Montgomery album, see Stillwater and think "I wonder?". A quick download, slide the headphones on and there, almost 30 years later, in all its glory (and in truth not much like Tom Petty, but that's memory for you when you turn 50) is Sam's Jam. Oh!! Wow!!! Thank You so much!

Great story. Very recognizable too. I had similar experience myself. On several occasions. Took me a little longer to get what I wanted, but picked up some great finds along the way. And you're very welcome!

Thanks for this.I've been looking for it for ages.Just been reminded because BBC4 is about to repeat the Bob Harris in Macon doc. on Friday 13th April 2012.This was where I first heard Stillwater play 'Sam's Jam'it rocks like a mutha.

Hey Luc, this link is broken... Please, repost new correct link. Thanks so much !

Newer Post Older Post Home
Subscribe to: Post Comments (Atom)
The music posted on Skydog's Elysium is either out of print or very hard to obtain. You are encouraged to buy anything you like, if available at all. If you are the owner of music posted here and want it removed, send a message and I will comply.